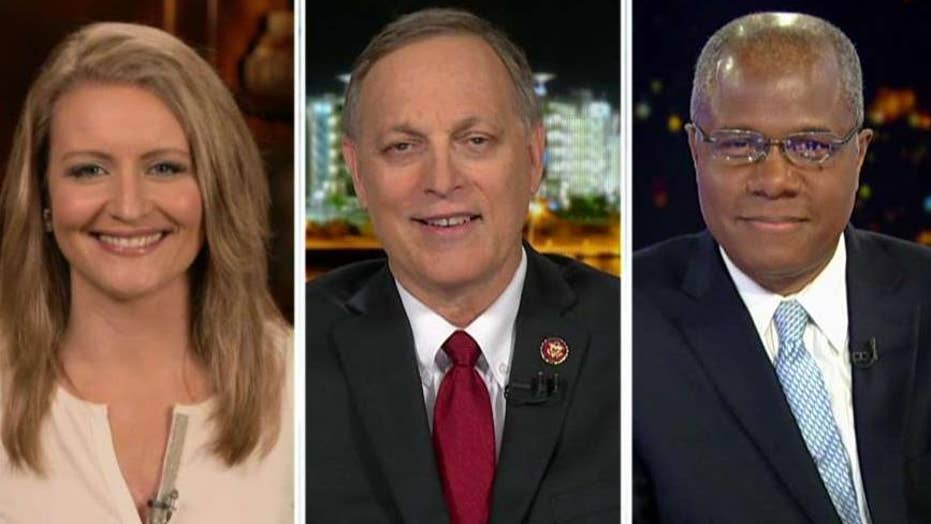 Is focus on impeachment backfiring for Democrats?

Democrats, especially those in swing districts, are looking for an "off ramp" to move away from impeachment because they're "feeling the heat" from their constituents, House Freedom Caucus Chairman Andy Biggs said Friday.

"They're a little bit feeling some heat, some discomfort about pursuing the impeachment, and especially in light of what came out in the last two weeks of... the open hearings," the Arizona Republican said on Fox News' "Hannity."

"Nobody can really explain what the charges are. ... That's why I think they're looking for an off ramp in some respects."

“We sent you to Washington, to get work done, for us and for our country,” one audience member told Sherill, according to the report, "and it appears that for the last couple years all that has been going on is investigations."

The House Judiciary Committee is taking over the next phase of the impeachment inquiry into President Trump as Chairman Jerrold Nadler, D-N.Y., announced plans for a hearing next Wednesday to weigh whether the president's actions reach a level of “high crimes and misdemeanors" and warrant articles of impeachment.

Biggs told guest host Gregg Jarrett that Senate Democrats may not like what they're pursuing if the impeachment inquiry turns into a full-blown Senate trial.

"First of all, it will be every day, six days a week, from noon until they finish in the evening. That's a requirement of the Senate rules," Biggs said. "Second of all, it's gonna be open. And thirdly, Republicans will be able to bring in witnesses ... like Hunter Biden, Joe Biden, Adam Schiff, the whistleblower, the Schiff team of staff who... worked with the former whistleblower."

"The primary is going to be turned topsy turvy for the Democrats," Biggs added. "This is not really the way they want it to go."