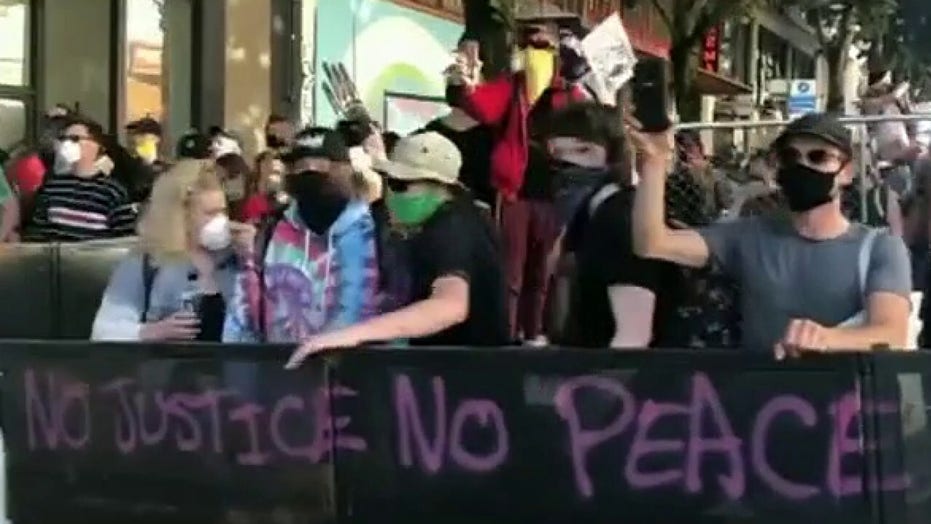 Former police lieutenant on Seattle protests: This only has an unhappy ending

Former Las Vegas police Lt. Randy Sutton told "Your World" Friday that the ongoing occupation of a six-block area of Seattle's Capitol Hill neighborhood by anti-police protesters is headed for an "unhappy ending."

"[Seattle] mayor [Jenny Durkan' is delusional," Sutton told host Neil Cavuto. "Listening to her comments, calling the people that have basically taken over those six blocks, she calls them 'patriots' and basically downplays their role here in basically occupying six blocks of her city.

"And I can tell you," Sutton added, "that there is absolutely not one shadow of a doubt that the order to surrender that precinct came from the mayor."

The so-called “Capitol Hill Autonomous Zone” (CHAZ) has been occupied since Monday and declared a "cop-free zone."

At a Thursday news conference, police chief Carmen Best told reporters it wasn't her decision to leave the precinct, while Durkan also denied responsibility, according to the Seattle-based newspaper The Stranger.

Sutton proposed what he admitted was a "radical" suggestion: That Best defy the mayor and retake the precinct building.

"Carmen Best is the chief of police. The police department is a paramilitary organization," he explained. "They take -- the officers -- take their orders from the chief. It is time for that chief to do what her duty is, and that is to order her officers to take back that six blocks.

"And if the mayor physically intervenes with that, that mayor needs to be handcuffed and taken away and charged with intimidating a police officer or interfering with a police officer."

"This is where... your leadership and your courage come in. And isn't it time to stand up for something that you know is right? I mean, this is really that moment. All eyes are on Seattle. All law enforcement eyes are on Seattle," Sutton said. "And the police chief is the one who is actually has the responsibility to make these changes. And I've got to tell you, there's officers being injured all over."