Jon Stewart made himself part of the political "B.S." when he attacked two Republican lawmakers over their delay of the 9/11 victim compensation reauthorization bill, according to Sen. Rand Paul, R-Ky.

The name-calling of Paul and Sen. Mike Lee, R-Utah, is not a good look for the comedian and activist, the Bluegrass State lawmaker claimed Thursday on "Your World."

"In this case, he's neither funny nor informed. I've spent my entire Senate career putting forward 'pay-fors' for any time spending is expanded. I put forward a pay-for for the border funding bill." 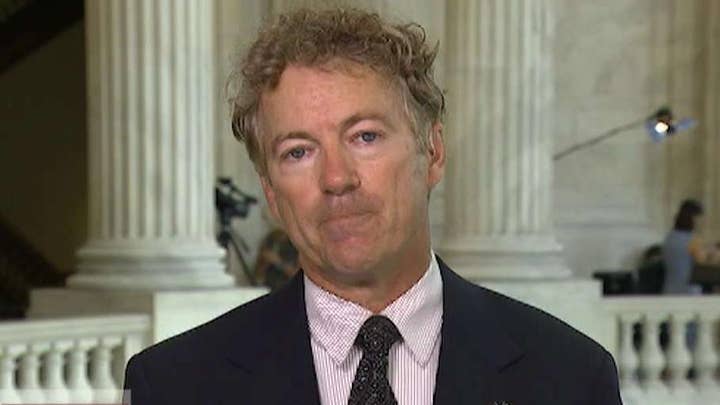 On Wednesday, Stewart and 9/11 first responder John Feal slammed the senator for blocking a motion by Sen. Kirsten Gillibrand, D-N.Y., for unanimous consent on passing the legislation -- which would put money into the victim compensation fund through 2090.

"It's absolutely outrageous, and you'll pardon me if I'm not impressed in any way by Rand Paul's fiscal-responsibility virtue signaling," comedian Stewart told Bret Baier on "Special Report."

"Rand Paul presented tissue paper avoidance of the $1.5 trillion tax cut that added hundreds of billions of dollars to our deficit, and now he stands up at the last minute, after 15 years of blood, sweat and tears from the 9/11 community, to say that it's all over now and we're going to balance the budget on the backs of the 9/11 first-responder community."

It also appeared Lee drew Stewart's ire for placing a procedural hold on the legislation, according to the New York Post.

In his response to the ex-"Daily Show" host, Paul called the attacks "disgusting," and suggested Stewart acted out because he is used to getting attention on television. 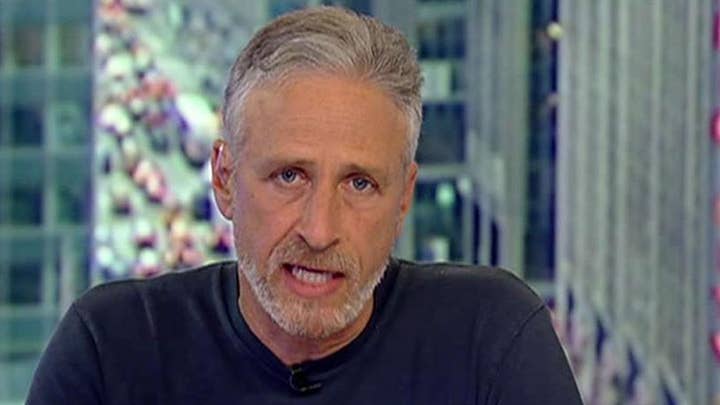 He said that during Stewart's tenure at Comedy Central, the comedian portrayed himself as "somebody that could see both sides and see through the B.S. on both sides."

"He's really not informed, and his name-calling just sort of exposes him as a left-winger -- part of the left-wing mob that really isn't using its brain."

Paul reiterated that he routinely files motions against legislation that is not, "budgetarily neutral."

He said he is like most Americans who want to see Sept. 11 victims and first responders taken care of, but insisted that all federal spending must be compensated through cuts to other programs -- citing America's $21 trillion debt.

In addition, Paul said the 56-year-old comic was mischaracterizing his support for the Trump tax cuts as an exception to the lawmaker's fiscal responsibility mantra.

He said when he cast his vote in favor of the tax cut, there was a "pay-go" provision in the bill that afforded some semblance of budgetary neutrality. That provision, Paul claimed, was removed in the final version signed by President Trump.

"Senator Paul is not blocking anything," it read. "He is simply seeking to pay for it. As with any bill, Senator Paul always believes it needs to be paid for. Senator Paul is simply offering an amendment, which other senators support, to pay for this legislation," a spokesperson told Fox News in a statement.