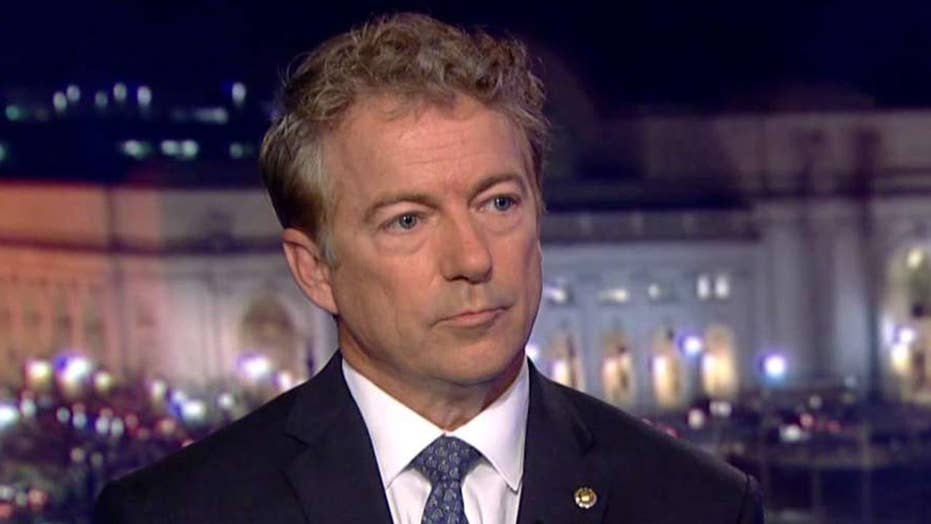 Sen. Rand Paul, R-Ky., appeared on "Special Report with Bret Baier" Tuesday and defended his call for media outlets to reveal the name of the Ukraine call whistleblower, adding that they should come forward.

Paul was asked to respond to a tweet by whistleblower attorney Andrew Bakhash, which stated that if Congress does not protect his client's "anonymity" their "safety" will be jeopardized.

"I don't wish harm on anyone. I've been the victim of political violence not once, but twice," Paul said, noting he was on a Virginia baseball field in 2017 when a gunman shot Rep. Steve Scalise, R-La., and was left with broken ribs after an assault by a neighbor. "So I know what political violence is all about. I don't want that at all."

At a rally in Lexington, Ky. Monday, Paul called on the Ukraine whistleblower to testify, saying they were biased and that Democrats are trying to hide their identity. 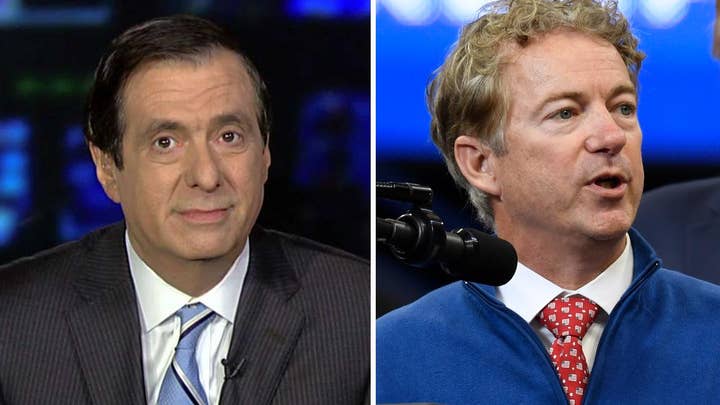 "I say to the media: Do your job and print his name," Paul said, referring to the whistleblower.

On Tuesday, Paul told Baier he was confident he knew who the whistleblower was and said he could reveal the name if he wanted to.

At Monday's rally, Paul also slammed Hunter Biden for obtaining lucrative roles with companies despite having no relevant expertise while his father, as senator and vice president, pushed legislation affecting those companies. The senator continued to focus on Biden Tuesday, saying that that it was unfair President Trump was being investigated and the Bidens were not.

Paul also put forth that he believed the whistleblower was "a material witness to the potential Biden corruption."

"He was there under Joe Biden. He was there when Joe Biden was trying to fire the prosecutor... that was investigating Hunter Biden," Paul claimed. "So this person was a Ukrainian expert on the desk at that time. I think he should be interviewed not as the whistleblower, but as a material witness to the Biden corruption in Ukraine." 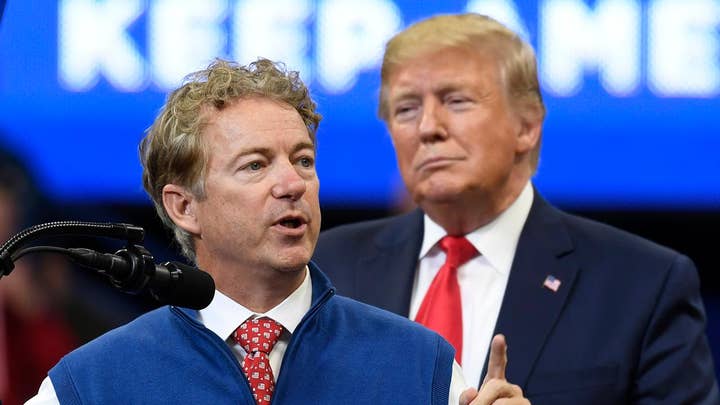 Baier pressed Paul on his past defense of whistleblowers like Edward Snowden.

"No, they should protect him. I want Edward Snowden protected. So he's not executed. I want him protected.

"What about this guy?" Baier asked.

"I don't want him executed either," Paul responded. "I don't think he should be fired."

Baier also pressed Paul to respond to the release of a transcript of an interview with Ambassador to the European Union Gordon Sondland, who revised his prior testimony to say that he told a top Ukrainian official that U.S. aid would likely not resume until the country issues a statement about investigating corruption -- a revelation that was quickly hailed by Democrats as proof of the quid pro quo they have been alleging took place.

"Seems like everybody on both sides of the aisle has been threatening Ukrainian aid," Paul said.

Fox News' Gregg Re, Brooke Singman and Adam Shaw contributed to this report.