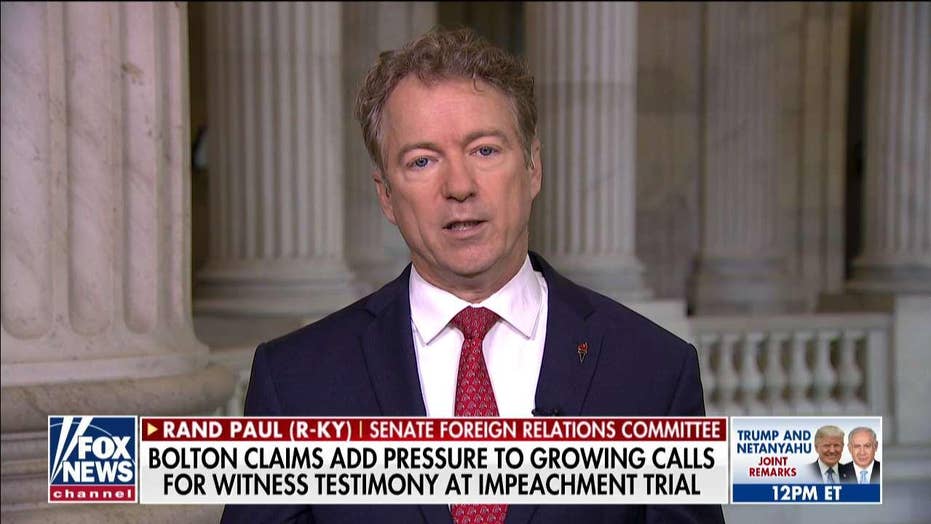 Kentucky Republican Sen. Rand Paul said Tuesday that President Trump's children should sue Senate Minority Leader Chuck Schumer, D-N.Y., for defamation of character after he accused both them and their father of illegally making money off of the presidency.

Appearing on "America's Newsroom" with host Ed Henry, Paul said he was "offended" and "shocked" that Schumer would "be so scurrilous" as to accuse the president and his children of making money illegally off of politics when "the only people we know who have actually made money off this have been Hunter Biden and Joe Biden."

"So, Hunter Biden makes a million dollars a year. That's documented," he stated. "But, Schumer simply creates and makes up and says, 'Oh, maybe the president's kids are making money.'"

"Now, just look at the other New York Times report last night about Ambassador Bolton's book," Schumer urged as a news conference Tuesday. "Several members of the administration had concerns about the president's dealings with autocrats."

"Did the president have financial interests at stake when he was talking to Erdogan or...Xi and others? Maybe his kids had some economic interest at stake. And, did it impact our nation's foreign policy with those countries?" he asked. "Those questions are not the subject of the president's impeachment trial, but this report should be a warning sign to any Republican." 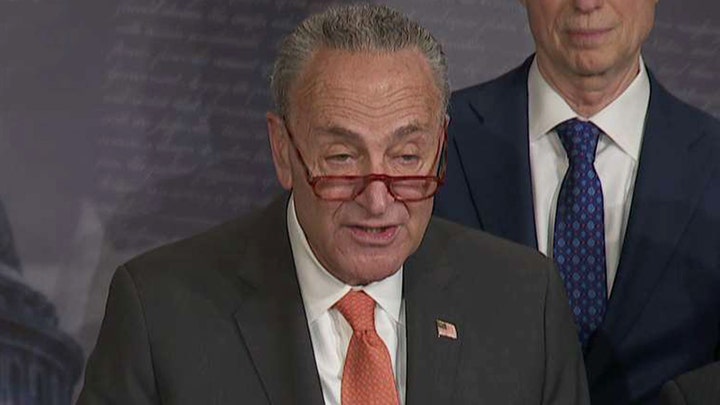 Paul said that Americans should take Bolton's words "with a grain of salt."

A recent report in The New York Times stemming from an excerpt of Bolton's forthcoming book claims the former adviser wrote that the president told him in August that he wanted to continue to freeze almost $400 million in security assistance to Ukraine until officials there helped with investigations into Democrats, including the Biden family.

However, the Department of Justice said in a statement Monday night that the Times report "grossly" mischaracterized the exchange.

"Look, a month ago, he didn't want to testify in the House. Why? Maybe his book wasn't finished. Now his book is finished. He wants to testify," Paul remarked. 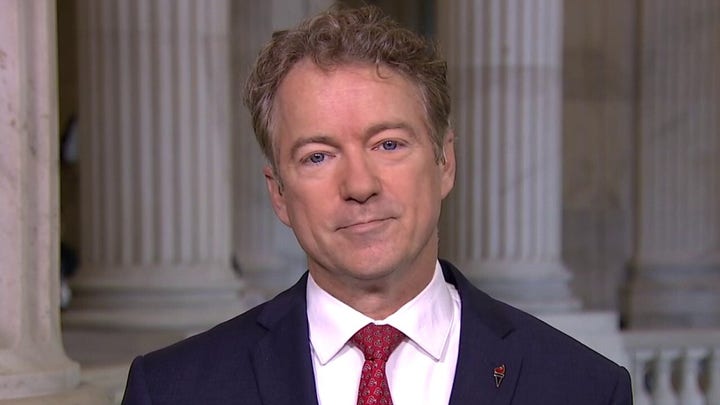 "But to have Schumer come up and say this out of the blue, 'Maybe the president's kids are making money' with no evidence at all, that's defamation and they ought to sue him," Paul remarked.