Faith and Freedom Coalition chairman Ralph Reed responds to the evangelical magazine calling for the president to be removed from office.

Faith and Freedom Coalition chairman Ralph Reed denounced comments by the editor of a prominent Evangelical Christian magazine who called for President Trump's removal from office.

Editor-in-chief Mark Galli of "Christianity Today" said Trump's behavior is "described as immoral, accurately" and has risen "to the level where he is no longer fit to serve office" following his impeachment earlier this week.

"Ingraham Angle" host Laura Ingraham told Reed he was making his publication "irrelevant," adding that the magazine has been gradually taking on a leftward bent since it was founded by the late evangelist Billy Graham in the 1950s. Earlier Friday, Graham's son Franklin responded to Galli by saying his father proudly supported and voted for Trump in 2016, and by telling CBN that Billy Graham would be "disappointed" to hear what Galli said. 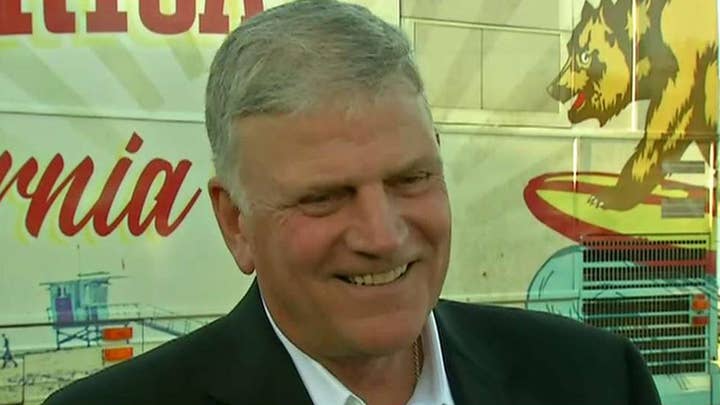 "You cannot imagine a publication more out of step with the faith community that it once represented," he said.

"President Trump received 81% of the votes of evangelicals four years ago -- the highest ever recorded. His job approval according to a recent poll by my organization -- the Faith and Freedom Coalition -- among U.S. Evangelical stands at 83%. That is a historic high."

Reed remarked he didn't believe Galli saw the same impeachment hearings as the rest of the nation.

"The only fact witness, Ambassador Gordon Sondland, admitted that no one told him that the aid [to Ukraine] was being withheld in exchange for investigations," Reed said.

"My reading of scripture is that we are supposed to render honor to whom is due honor," he continued, adding that Trump has done more for Evangelicals and for Israel than most other presidents.

Reed also reacted to some television pundits who appeared to herald the news by calling Trump's relationship with Evangelicals "transactional."

"For them to say that it is transactional for us to support that moral good is insulting to our faith and our good judgment," Reed responded.