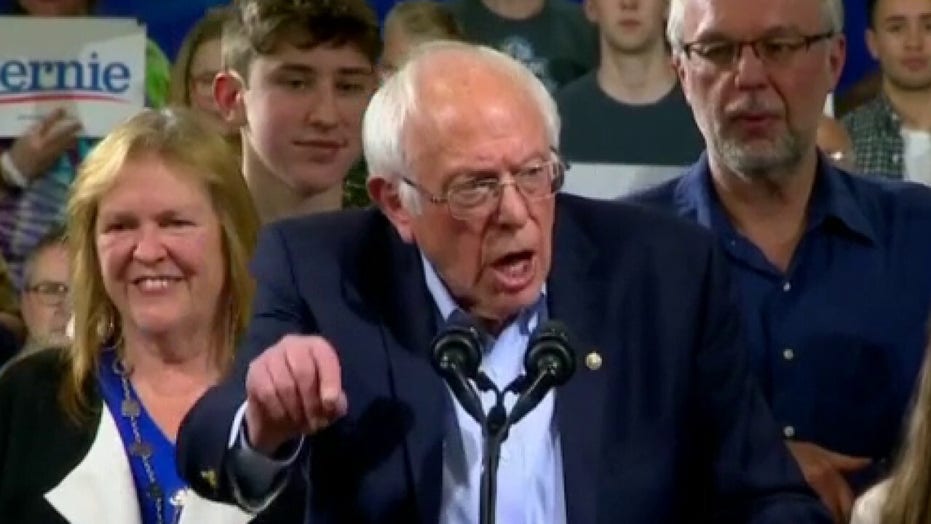 While former Vice President Joe Biden and Sen. Bernie Sanders, I-Vt., may have been the biggest winners on Super Tuesday, the biggest loser appears to have been the mainstream media, according to progressives.

There has been a bitter feud between MSNBC and the Sanders campaign in recent weeks as the self-described socialist began emerging as the clear 2020 front-runner. And in recent days, CNN also ratched up attacks on Sanders as Biden emerged as the Democratic alternative.

"At least some of Joe Biden's success tonight is owed to the fawning press coverage after his South Carolina win, which--although expected--was blown up into a game-changing comeback," progressive journalist Walker Bragman told Fox News.

Many progressive critics took to social media and panned the media coverage given to the Democratic race leading up to Super Tuesday as well as the marathon coverage as the votes were being tallied.

"How can people who are paid to comment on politics for a living not have the basic knowledge and patience to wait for results from the two biggest states of the evening - by far - before making grand pronouncements about what tonight means?" Intercept editor Glenn Greenwald asked.

"OK Boomer pundits: take a deep breath! The game has just begun. The 2 largest states in the nation haven’t spoken yet tonight. And many big states in weeks ahead. It’s a 2-person race, totally clear contrast. Debates loom large. And THAT is a very GOOD formula for @BernieSanders," the New York City mayor tweeted.

MSNBC PERSONALITIES CALL SANDERS' 'ESTABLISHMENT' ATTACKS ON BIDEN 'A LIE,' SAY SENATOR IS  PART OF IT

Sanders was widely seen as the Democratic front-runner after coming in a virtual tie for first place at the Iowa caucuses and topping the delegate count in New Hampshire and Nevada. However, the landslide victory in South Caroline by Biden shifted the narrative as critics alleged.

"That’s why it’s not all that weird that he won in Virginia [with] one weak campaign rally and an only $260,000 ad spend," Piker told Fox News.

Piker, a Sanders supporter, also claimed that the "Democratic establishment seemingly has learned from the mistakes of the Republican Party with how they lost control to Trump" by coalescing behind Biden early enough to stop Sanders, unlike the efforts that were made by the GOP to prevent the current president from winning the party's nomination in 2016.

Progressive outlet Democracy Now! co-host Juan Gonzalez knocked the coverage Sanders has gotten from the media, saying "any mention" of him in the past few weeks since he began winning primaries and caucuses in the early states "has been about the movement to stop Bernie Sanders" and not "what he stands for."

[It's] far different in terms of Sanders' surge than from the way the media dealt with Donald Trump, which was just to turn on the cameras and let him speak at his rallies and let him talk directly to the American people in 2016," Gonzalez explained.

Citations Needed podcaster Nima Shirazi suggested that the "non-stop corporate media shilling" for Biden "might have had something to do" with his major victories on Tuesday night.

Shirazi's co-host Adam H. Johnson similarly agreed, asking if there was "any negative stories" about Biden from the media since his South Carolina victory on Saturday.

"Honest question: was there any negative stories about Biden in NYT, MSNBC, WaPo, or CNN Sunday or Monday leading up to today. It was nonstop momentum meta-narrative," Johnson said.

Secular Talk host Kyle Kulinski similarly tweeted, "It's amazing what you can make happen with a coordinated media narrative and fake enthusiasm from party hacks."

The Young Turks correspondent Emma Vigeland took the media to task over not covering the debunked claim Biden repeated on the campaign trail in recent weeks that he was "arrested" in South Africa while attempting to meet Nelson Mandela, which he later admitted he was only "stopped" at the airport by authorities.

"Remember when Biden admitted to lying about being arrested in South Africa during apartheid and the media didn't say s--- about it?"  Vigeland asked. 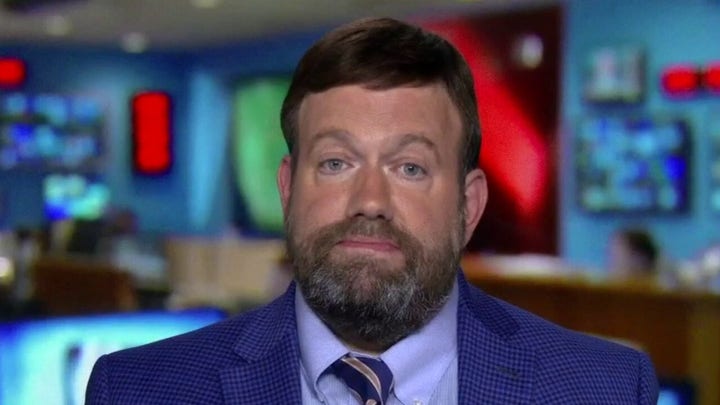 "The metamorphosis from the cacophony of distraught, befuddled, perplexed faces across television news as Bernie Sanders won Iowa, New Hampshire, and crushed Nevada, to the reinvigorated and commanding voices we're now seeing across the corporate media as Joe Biden won South Carolina, should serve as a case study for future media ethics collegiate courses (if those exist anymore)," Chariton explained.

He continued, "Watching these partisan, pro-status quo corporatists pretending to be good-faith political analysts is why an overwhelming majority of the country are programmed to think big, substantive change can't really happen in America."

Chariton added that MSNBC looked like "they just won the lottery" as Biden continued clinching victories in several states.

Bragman suggested that the coverage Sanders has received directly impacts his supporters, telling Fox News that they feel like their candidate "has gotten a raw deal from the party and from media." He even predicted that "thousands" of them would stay home if Biden were to become the nominee because they were so disenfranchised by the treatment Sanders faced.

"They are very protective of their candidate since he is the only one they trust on the issues that personally affect them--healthcare, debt, the climate, etc. A big part of his credibility comes from the fact that the people who led the way in creating the status quo oppose him so much. I don't see them turning out for Joe Biden after this grueling primary," Bragman said.