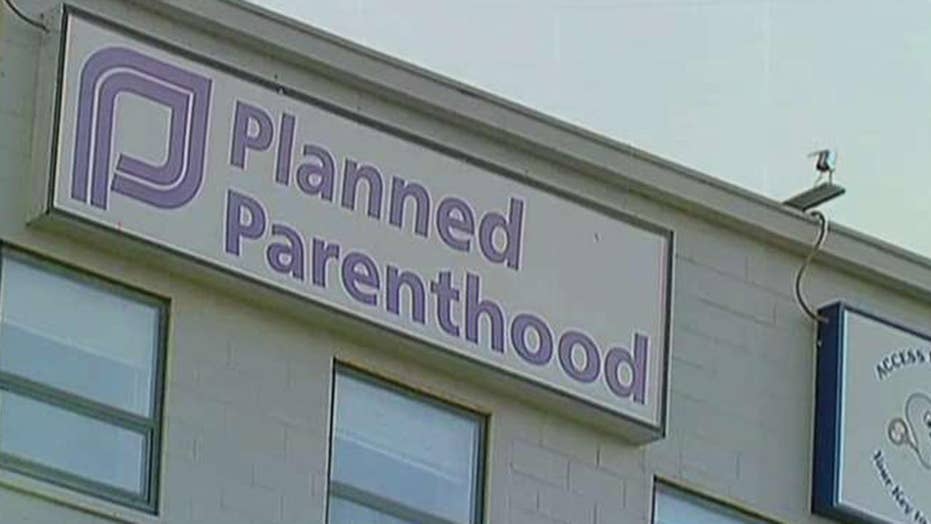 Center for Medical Progress project lead David Daleiden speaks out on 'The Story.'

Citizen journalist and pro-life activist David Daleiden said Friday he will fight back against a federal court verdict that left him that saddled him and his associates with a multi-million dollar fine for secretly recording conversations with Planned Parenthood staff.

“It’s really an attack on the First Amendment civil rights of all Americans to conduct and to receive information from undercover reporting,” Daleiden told “The Story” on Friday.

“All of the options are on the table in terms of our ways to address this verdict legally and we plan to appeal it to the 9th circuit court of appeals as soon as it’s final as soon as possible," he added.

A San Francisco jury last week found that Daleiden and his group, the Center for Medical Progress, caused substantial harm to Planned Parenthood by taping conversations with doctors and staff in a bid to prove the organization was harvesting and selling fetal body parts. The jury also found Daleiden had trespassed on private properties and committed other crimes in recording the 2015 videos.

The jury awarded Planned Parenthood punitive damages of $870,000 and compensatory damages of nearly $478,000, which were tripled under the federal Racketeer and Corrupt Organizations Act for a final verdict of nearly $2.3 million.

Daleiden and his co-defendant, Sandra Merritt, posed as human tissue procurers for a fake company called BioMax and secretly recorded their conversations with staff at Planned Parenthood, according to Courthouse News.

Daleiden’s lawyers argued that he and Merritt were investigating “violent felonies,” where they believed infants were being born alive at Planned Parenthood clinics and that the organization was profiting off the sale of fetal tissue for medical research. They argued Daleiden’s work as a citizen journalist should be protected.

During the six-week trial, U.S. District Judge William Orrick III ruled the jury could not consider any information Daleiden had discovered as a result of his video project. At least three congressional committees and law enforcement officials in 13 states launched investigations into Planned Parenthood after Daleiden’s group released the footage in 2015. None of the probes confirmed any wrongdoing by Planned Parenthood.

In 2018, Planned Parenthood announced that its clinics would not accept any sort of payment for its fetal tissue program.

“The final verdict that was largely directed by the rulings of Judge Orrick in this case to the jury is a jury that could ban all undercover reporting in our country.”