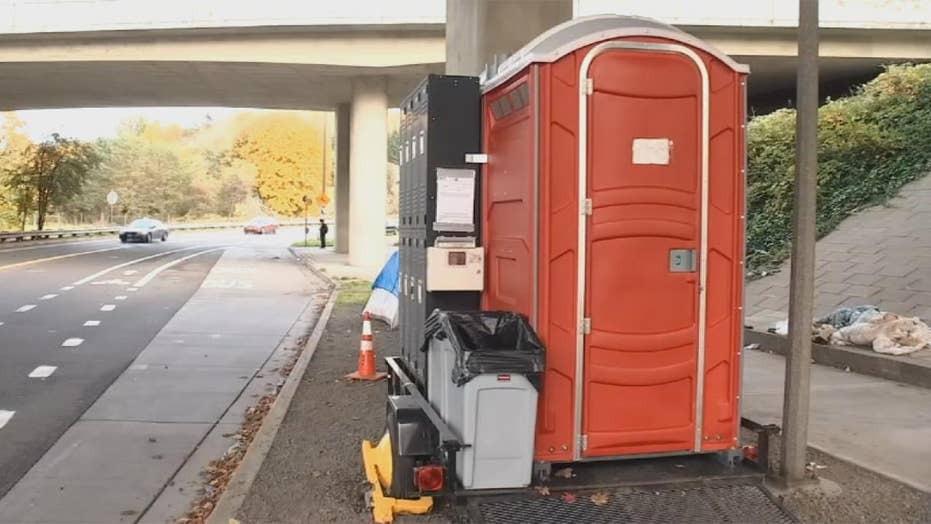 City officials are setting up mobile hygiene stations at homeless encampments; Boys Fort manager Michael Kirby weighs in on how this is impacting the Portland, Oregon community.

Oregon’s homeless crisis is not being fully addressed, according to a downtown Portland business owner.

Portland resident Michael Kirby raised concern Friday over the installation of mobile hygiene stations, part of a new effort to clean up the encampments of homeless people around the city.

“That is a band-aid for the situation,” Kirby told “Fox & Friends" on Friday, describing homeless people sleeping outside his door and "shooting up" on the street.

When Host Emily Compagno pressed Kirby on whether homelessness is harming his business, Kirby replied “absolutely.”

Customers who come into his men's boutique, Boys Fort, often complain about the homeless population and say they "don't feel safe" in the area, Kirby added.

Like West Coast cities such as Los Angeles and San Francisco, Portland, with a metropolitan area of about 2.4 million people, is struggling with a growing homeless crisis that ranks among the worst in the country.

Safety resource website Security.org released a study on Monday that showed Oregon has the fourth-highest number of homeless people in the nation when adjusted for population. The study found Oregon has about 350 homeless people per 100,000 people, nearly double the national average of 168 per 100,000.  The study also found that Oregon's homeless rate has increased by nearly 14.10 percent since 2014.

“We have to figure out that homelessness is just an umbrella term where it’s not just homelessness," Kirby said. "It’s the mental illness and also the drug abuse of downtown Portland.”