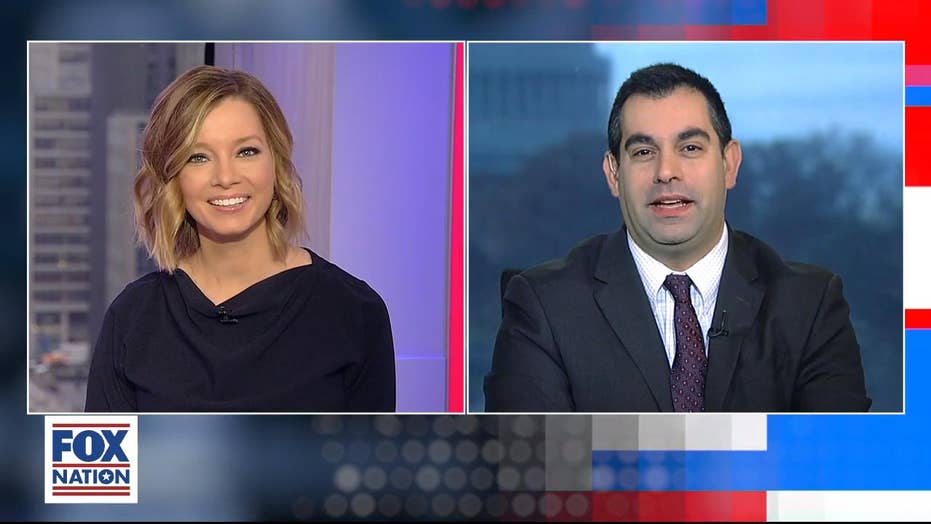 Pollster warns Dems: Try as you might, impeachment hearings will not impact public opinion of Trump

Recent polling could be bad news for House Democrats, who are trying to convince more Americans of the merits of impeaching President Trump, according to National Journal politics editor Josh Kraushaar.

In a recent episode of Fox Nation's new show "What Are the Odds?" pollster Kristen Soltis Anderson spoke with Kraushaar about the impact that several weeks of impeachment proceedings will have on the public's opinion of President Trump.

An early November poll conducted by Democratic polling group Global Strategy Group found that 42 percent of those who were undecided on the issue of impeachment "feel exhausted" by the proceedings, while 27 percent said they feel "confused" by the process. Only 12 percent of these potentially convinceable voters said that they now support impeachment following weeks of public hearings featuring key witnesses and legal experts.

"Is there a risk that impeachment is something where people are already dug in? There's really very little that these hearings are going to change and that those swing voters kind of think this is the wrong topic?" Soltis Anderson asked.

"Public opinion on impeachment is about as baked in as you'll get," Kraushaar responded.

According to Kraushaar, it was during the initial revelations of Trump's phone call with Ukranian President Zelensky, as well as the early stages of the impeachment process that "caused quite a bit of movement" in the polls, but he now considers the public's opinion of Trump to have hardened.

"In the Ukraine story, you kind of got the end of the movie before you got the middle...and the beginning of the movie. So we've been working backward instead of the normal political process," he explained. "I do think there was some movement among Democrats and independents supporting impeachment, supporting the president's removal initially. But now public opinion is pretty much baked in."

"Public opinion on impeachment is about as baked in as you'll get."

Reiterating his claim that swing voters are unable to be persuaded in favor of impeachment despite the best efforts from Democrats, Kraushaar said they care very little for the subject altogether and prefer to focus on "bread and butter economic issues."

"With those numbers, people who are undecided, the swing voters, they don't care that much about impeachment at all. So, you know, the notion that these hearings are going to change people's minds, are going to get people more angry at the president — it's not going to happen," he explained.

"The undecided voters, the swing voters are disengaged. They want to hear about bread and butter economic issues. They don't want to hear about impeachment. And their opinions of President Trump are already pretty much baked in the cake," he added.

Last month, Washington Post reporter Rachael Bade issued similar warnings to Democrats after CNN's John King reported on polling that showed 40 percent of Americans believed Democrats were abusing their constitutional powers — and that both independents and Democrats have started to lose interest in impeachment.

"I do think that this polling is sort of a warning sign for them. I mean, if they’re not able to move public sentiment at all with those five hearings with ... a dozen State Department or [National Security Council] officials coming forward and testifying against the president," Bade told CNN. "I mean, that's a problem for them. I mean, this should be a high point for them in terms of making the case to the voters."

For more from Soltis Anderson including an extended break down of impeachment polling heading into the 2020 election, join Fox Nation and watch "What are the Odds?" today.