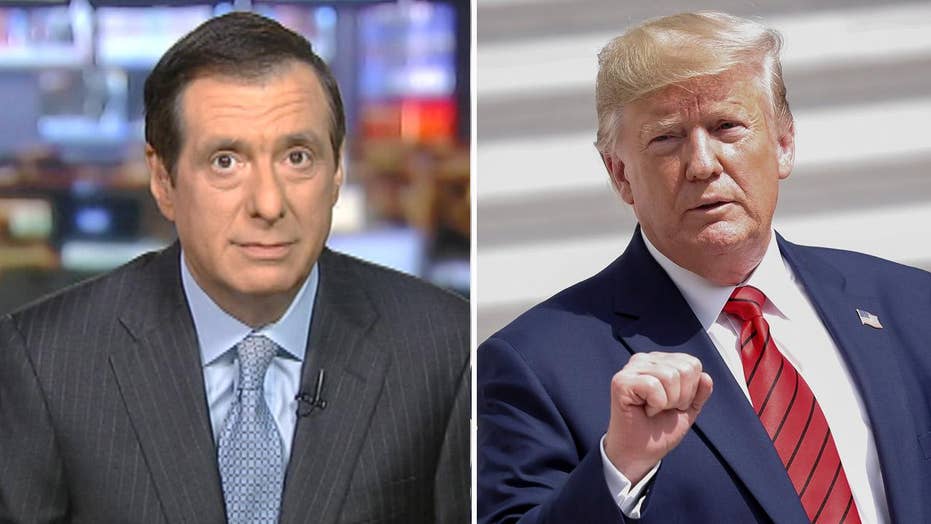 The plot thickens, as it always does.

Now we all get to argue about the mystery whistleblower.

The disclosure that the man who set this in motion does not support Donald Trump’s reelection—a shocker, I know—will fuel counterattacks by the president and his allies. That information comes from the New York Times describing the view of intelligence community inspector general Michael Atkinson. The source wants to remain anonymous, but the chances that the name doesn’t leak seem to me to be nil.

In fact, the Times yesterday reported yesterday that the person who filed the complaint “is a C.I.A. officer who was detailed to work at the White House at one point, according to three people familiar with his identity.”

Editor Dean Baquet, responding preemptively to possible criticism, justified the disclosure: “The role of the whistleblower, including his credibility and his place in the government, is essential to understanding one of the most important issues facing the country — whether the president of the United States abused power and whether the White House covered it up.”

Trump pounced on the secret source at a private New York breakfast, according to the Los Angeles Times. (He also called reporters “scum.” I feel this episode has strained our close relations.)

“I want to know who’s the person, who’s the person who gave the whistleblower the information?” Trump asked. “Because that’s close to a spy. You know what we used to do in the old days when we were smart? Right? The spies and treason, we used to handle it a little differently than we do now.”

In fairness, the CIA officer did go through official channels, and the acting intelligence chief spent hours yesterday deflecting a House committee’s questions of why he didn’t move more quickly on the complaint.

I’m inclined not to care that much about the whistleblower, who had no first-hand knowledge of these matters. We already know more than he did because we’ve got the rough transcript.

But there was a key revelation in the complaint, made public yesterday. And it wasn’t that CIA man felt the president was pressuring Ukraine on Joe Biden “for personal gain.” Everyone is familiar with that charge by now.

No, it was that several White House officials were “deeply disturbed” by what they heard on the call between Trump and Volodymyr Zelensky, the complaint said. Which means more officials are going to be called to testify on the Hill.

What’s more, the unknown complainant claims to have information that “senior White House officials had intervened to ‘lock down’ all records of the phone call, especially the official word-for-word transcript of the call that was produced as is customary by the White House Situation Room.”

Needless to say, it’s harder for the president and his team to argue that this was a routine diplomatic call if some people who worked for him treated it as a hair-on-fire moment.

In fact, the scenario here is that the whistleblower wouldn’t even have known about the call had some White House officials not been upset. Instead, the source concluded that Trump “sought to pressure the Ukrainian leader to take actions to help the president’s 2020 reelection bid.”

Still, Trump tweeted yesterday that this is “THE GREATEST SCAM IN THE HISTORY OF AMERICAN POLITICS!” He also called it “a disgrace to our country.”

In a typical probe, the actual words spoken between the president and a foreign leader would be the last revelation of a long, bottom-up investigation, rather than something coughed up within a week of the first newspaper stories. But that means the media and Congress are having to work backwards, to reconstruct what led up to the fateful call.

And the complaint, as well as the rough transcript of the call, makes clear that Rudy Giuliani and Attorney General William Barr were key players in the Ukraine drama.

ABC quotes a former Zelensky adviser as saying after the onetime comedian was elected in April, they wanted to speak to Trump. But, said Serhiy Leshchenko, a former member of parliament, “It was clear that Trump will only have communications if they will discuss the Biden case.”

This was presumably after the first congratulatory call that Trump placed to Zelensky in April, which he’s said he is willing to release. The New York Times, quoting unnamed sources, said the president urged Zelensky to work with Giuliani in pursuing “corruption.”

So this is becoming quite the detective story. But it still can’t be separated from the politics of impeachment, and most Republicans are backing the president’s stance that the call was no big deal.

Cliff Sims, a former White House aide who in litigation with the president over a somewhat critical book, told Politico: "Democrats overreaching has been such a political gift to Trump, over and over again. They've been screaming 'treason!' and 'impeachment!' after nearly everything that happens. Middle America is mostly numb to it.”

That is the challenge facing the House Democrats, 220 of whom now support the impeachment probe, beyond the magic number of 218. And sooner or later, the intelligence officer who preferred to remain nameless will be under a very harsh spotlight.