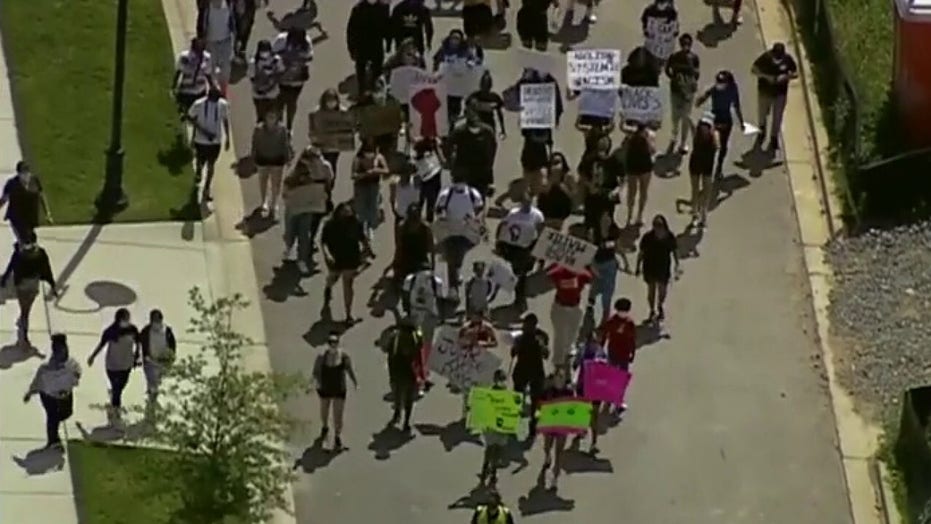 Piers Morgan and Rudy Giuliani got into a heated argument Thursday, accusing each other of spouting political propaganda in an on-air spat over a recent tweet from President Trump, that quickly got personal.

Giuliani joined Morgan’s “Good Morning Britain” to discuss the unrest in America in the wake of George Floyd’s death, and was asked about Trump’s controversial tweet, “When the looting starts, the shooting starts.”

Giuliani called the outrage over the tweet an example of how media “deliberately misinterprets President Trump” because the “left-wing media has some kind of hatred” against him. Giuliani continued to defend Trump’s rhetoric when the show started getting chaotic.

A frustrated Morgan responded as Giuliani kept talking over him. “I’m up here at 1 in the morning to answer your questions, I would think you’d give me the courtesy of answering, I know you don’t like my answers,” the former New York City mayor said.

Morgan repeatedly tried to intervene but Giuliani continued to speak over him until he finally said, “Rudy, I’m sorry but you’re talking total crap.”

“You keep saying it’s the left-wing media that has somehow misquoted Donald Trump. The president of the United States’ job, when this kind of thing happens is to keep temperatures down. Not to put fuel on the fire,” Morgan said, which Giuliani didn’t appreciate, and the bickering immediately grew louder.

Morgan told Giuliani he was guilty of that himself. “You said the whole thing was a left-wing myth, everyone’s got it in for poor old Donald Trump,” he said.

Giuliani then said, “When the looting starts, the shooting starts” is an accurate statement and the two shouted at each other for several more minutes.

“Rudy, What happened to you? You used to be one of the most revered people in America,” Morgan said.

“You are disgraceful,” Giuliani shot back. “I have no respect for you.”

“I’m sorry but you sound completely barking mad," Morgan said. "Do you know that?"