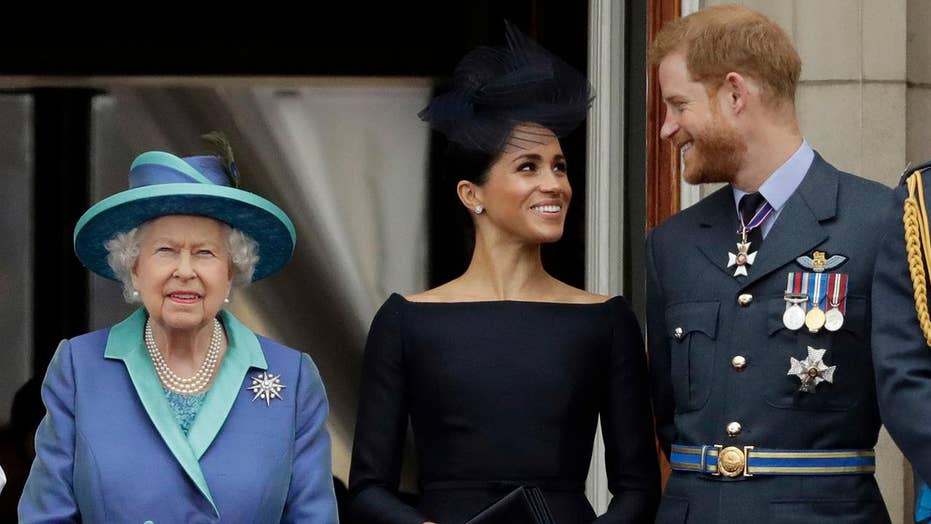 Queen reportedly eager to move past perceived 'Megxit' mess at summit with Harry, William and Charles

Amy Kellogg reports from London with a preview of the royal meeting.

“Good Morning Britain” co-host Piers Morgan blasted Prince Harry as a “weak whiner” and Meghan Markle as a “selfish social climber” in a scathing takedown that accuses them of using bogus claims of racism to advance their narrative.

Morgan wrote Monday in an opinion piece for The Daily Mail that “the most woke, over-sensitive, woe-is-me couple in the world” have mistreated the Queen Elizabeth while mainstream news outlets have allowed a “hateful race-baiting” storyline suggesting Harry and Markle will "step back" as members of the Royal Family because of racism.

“They still want to be royal stars, they still want British taxpayers to fund a lot of their luxury lifestyles, and they still want to parade around the world as global celebrities trading off their royal titles,” Morgan wrote. “But they don’t want to do any of the less glamorous hard yard stuff that goes with being a full-time working royal.”

Morgan has criticized Markle on a regular basis since she ditched life as an actress for Prince Harry. Last week, he took a victory lap when news broke that Harry and Markle would take “a step back” as senior members of the royal family. (Getty)

Morgan, a former CNN host, said that he has been “watching this unedifying saga unfurl over the past few days with mounting fury” over the way the Duke and Duchess of Sussex have treated the Queen.

“How dare they try to lay down the law to our long-serving Monarch in this way? How dare they not inform her about their demands before telling the world? And how dare they so arrogantly announce they’re going to pursue a more ‘progressive’ agenda for the Royal Family without having the courtesy to run it past a woman who has presided on the throne for more than six decades -- and done a magnificent job of it,” Morgan wrote before pointing out another major issue he has with their narrative.

“I’m also enraged by the specific growing narrative that the only reason Meghan’s been so harshly criticized by the media is because we’re all a bunch of racists living in a racist country. That’s just a downright lie,” Morgan wrote. “And a particularly nasty, disingenuous lie.”

"None of this is racist, either overtly or subliminally"

The outspoken Morgan noted that Markle’s mixed-race background hasn’t been a secret and she was “showered with almost universal praise” when the engagement was announced.

“I haven’t seen a press so united in joy for anything royal since Diana first became Charles’s girlfriend,” he wrote before rattling off a list of criticism Markle has received that has nothing to do with race.

Morgan’s criticism of Harry and Markle included concern about the way she has treated her own father, a “$500,000 celebrity-fueled baby-shower party” on the same day they urged people to think about the poor, hiding baby Archie from the public, and refusing to meet with President Trump.

“None of this is racist, either overtly or subliminally,” Morgan wrote. “You might not agree with all or any of my criticisms, but they are all perfectly justified ones to make which is why many others have made them, too.” 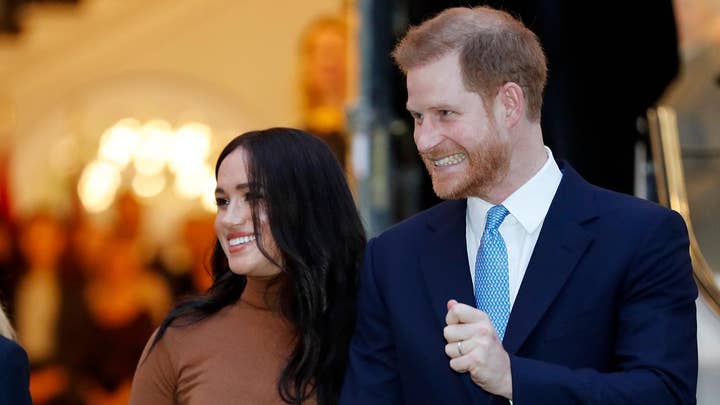 He continued: “I don’t have any issue with Meghan Markle because of her skin color, or her gender. But I do have a lot of issues with the way she has behaved and treated people since marrying Harry, and with Harry, too.”

Morgan pointed out his former employer CNN, along with The New York Times and Washington Post, for publishing “garbage intimating it’s all about racism.” He wrote that “crying racists” in the face of legitimate criticism makes “a mockery of true victims of racism.”

“Shame on them, and all those who promote this grotesquely false smear,” Morgan wrote.

Morgan has criticized Markle on a regular basis since she ditched life as an actress for Prince Harry. Last week, he took a victory lap when news broke that Harry and Markle would take “a step back” as senior members of the royal family.

Morgan went on to send other tweets, including the snarky, “What Meghan wants ... Meghan gets.”

“Wow. What a disgraceful way to treat the queen,” Morgan added. “Shame on Harry & Meghan.”

The couple said the decision came "after many months of reflection and internal discussions."

"We have chosen to make a transition this year in starting to carve out a progressive new role within this institution," the couple shared Wednesday on Instagram. “We intend to step back as ‘senior’ members of the Royal Family and work to become financially independent, while continuing to fully support Her Majesty The Queen. It is with your encouragement, particularly over the last few years, that we feel prepared to make this adjustment.”

Morgan volunteered his services if the queen was looking for a replacement.

“I'm from Sussex and prepared to step up,” he wrote.