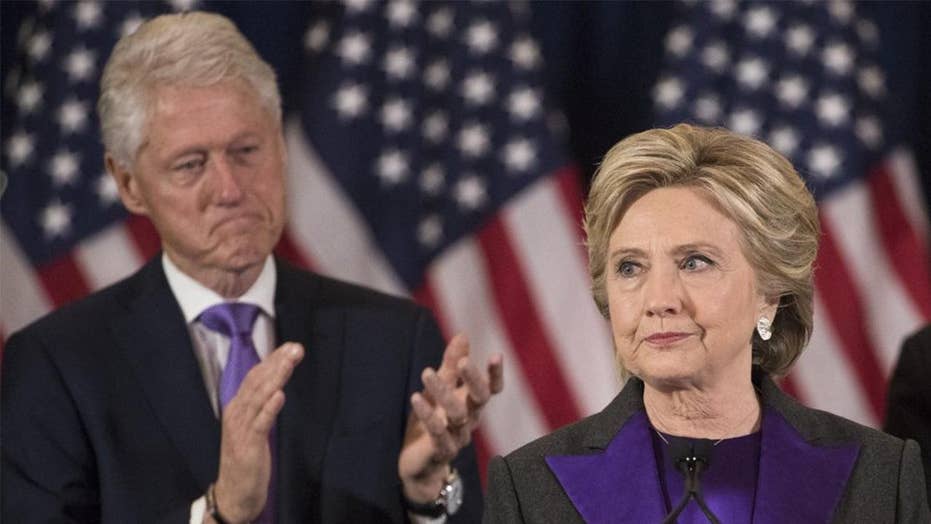 Schweizer: Clinton Foundation has raised only 10 percent of what it did in 2009

Government Accountability Institute president Peter Schweizer said on Wednesday that the Clinton Foundation, founded by former President Bill Clinton and former Secretary of State Hillary Clinton, is losing revenue due to a lack of donations.

“All that money has now dried up, literally,” Schweizer told “Tucker Carlson Tonight.” “The Clinton Foundation has had a hard time raising money because they don’t have the influence to sell. They don’t have power access to sell and that, I think, is the primary evidence for what the Clinton enterprise was all about."

“The Clinton Foundation literally raised 10 percent of what it did in 2009 when Hillary Clinton was secretary of state," Schweizer added, "and the international numbers are even worse."

The foundation posted its third straight year of losses following Hillary Clinton's defeat in the 2016 presidential election, according to 2018 tax documents.

Foundation director Bruce Lindsey saw his reportable compensation stay about the same in 2018 as in 2017 when he was paid just over $362,000.

Clinton Foundation spokesman Brian Cookstra pushed back against media reports implying that the foundation is struggling.

"These reports are not accurate. Our entire 990 shows our work was fully funded by donations, grants, savings from prior years, and interest from our endowment," Cookstra told Fox Business. "In the last year, the Clinton Foundation's programs have grown to help more people, and we are committed to operating programs that are effective, efficient, and sustainable."

Meanwhile, Clinton, who often weighs in on the news of the day on her Twitter account, said earlier this month that "many, many, many people" want her to consider jumping into the 2020 presidential race.