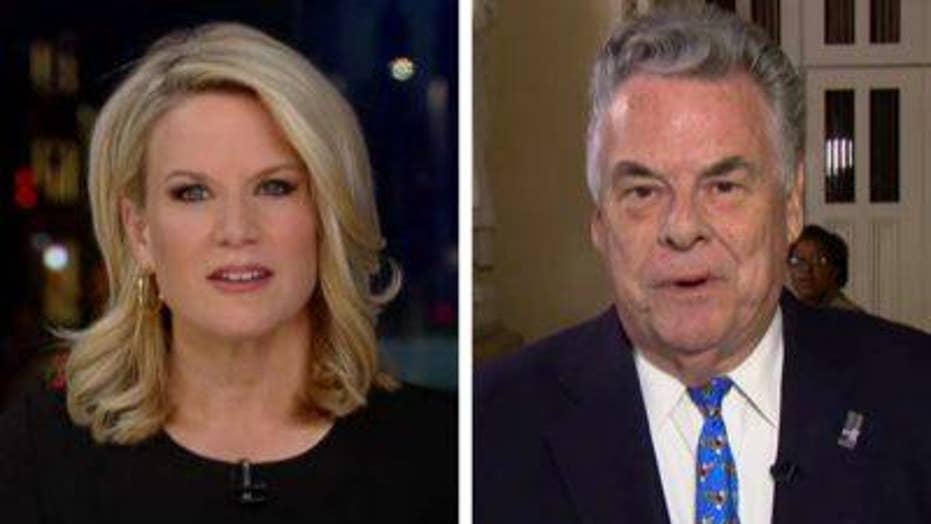 Retiring Rep. Peter King, R-N.Y., responded to a parting critique from Rep. Ilhan Omar, D-Minn., who accused him of being an "Islamophobe" because past hearings he held on radical Islamic extremism.

In a tweet, Omar claimed King is "an Islamophobic who held McCarthyite hearings targeting American Muslims, said "there are too many mosques in this country" and blamed Eric Garner for his death at the hands of police. Good riddance."

At the time of the 2011 hearings, King was the chairman of the House Homeland Security Committee.

King, who will have served nearly three decades in the House when he retires at the end of his term, told "The Story" Omar has it all wrong.

"My concern was that political correctness was getting in the way of counterterrorism and solid law enforcement," he said. 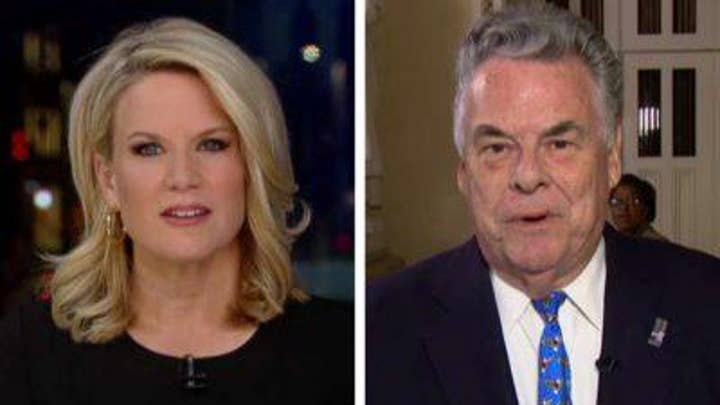 King forcefully dismissed Omar's claim, saying his 2011 hearings were not "anti-Muslim" but instead intended to shed light on those Americans who were being radicalized domestically.

"The key witnesses there testifying for me -- two of them were Muslims," he said. "The other was an African-American whose son had converted to Islam and had been taken over to Somalia to fight for al-Shabaab. When he came home he ended up killing American military."

He also claimed Omar had not characterized his past comments correctly, saying she accused him of asserting there are "too many mosques" in America, while he in actuality said "there are too many mosques that were not cooperating with law enforcement."

"When we went after the Mafia, we went to the Italian-American community. When we went after the Westies (a former Hell's Kitchen, N.Y., organized crime gang), we went to the Irish-American community. The fact is that radical Islamist extremists were in the Muslim community -- maybe it's one percent, less than one percent of the population -- but we had a situation where it was considered politically incorrect to carry out ordinary surveillance. And, police all over the country were telling me they were not getting the cooperation from within the Muslim community that was needed."

Reflecting on retirement, King said he is not concerned with his South Shore, Long Island, district flipping to the Democratic column. He pointed to how the district supported President Trump in 2016 and that his recent polling had showed two potential Democratic contenders trailing him by 30 points. Prior to Trump, the last Republican to win the district was ex-President George W. Bush.

He also said he believed the recent extension of the September 11 victims compensation fund until 2090 put a legislative bow on his public service.

When asked by host Martha MacCallum whether he would consider future office, such as running for governor of New York, he replied that he would rather spend more time with his grandchildren and make it to a couple more Notre Dame football games.

King also told MacCallum that although he is good friends with former New York City Mayor Michael Bloomberg, he will be supporting his other fellow New Yorker, President Trump, in 2020. He pledged, however, not to make any negative comments about Bloomberg, who has thus far applied to be on the Democratic primary ballot in Alabama and Arkansas.