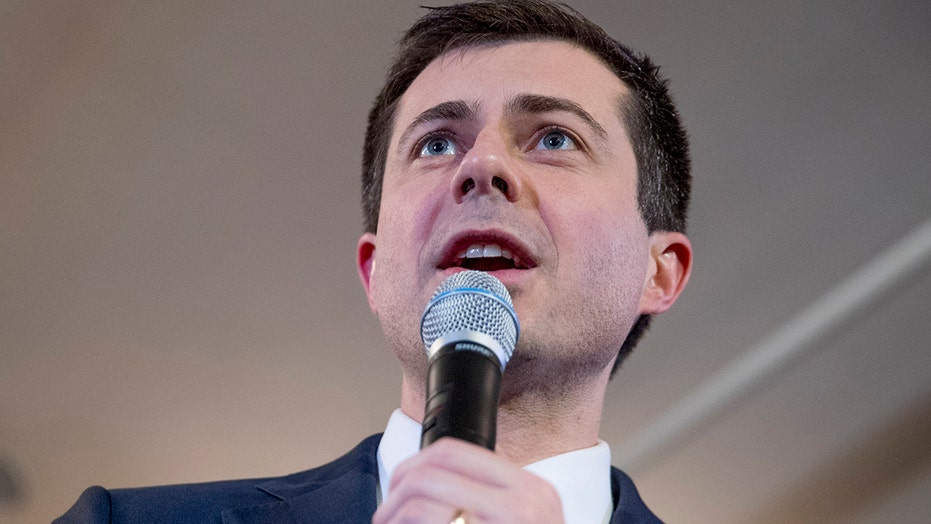 Buttigieg surges in New Hampshire poll ahead of primary

The Buttigieg campaign was called out on Friday over clips it shared from a CNN town hall for having fake applause added to the candidate's remarks.

In one of the clips, shared by Team Pete HQ from a town hall last year, former South Bend, Ind., Mayor Pete Buttigieg pointed to statistical indicators that the current generation will be the first to not be as financially well off as the previous generation.

"To me, that is not just a concern for our generation, it's a concern that calls on us to build an alliance among generations to try to make sure that the future really is better than the past," Buttigieg told an attendee, sparking audible applause with a graphic plugging Thursday night's televised event.

However, the Center for Popular Democracy Action, a group supporting fellow Democratic candidate Sen. Bernie Sanders, I-Vt., resurfaced the original clip which did not feature any applause. Buttigieg further elaborated with his response, which later did receive some applause.

The group also compared a second clip that was shared by the Buttigieg campaign of an exchange between Buttigieg and CNN anchor Jake Tapper over the candidate's name.

"Not Boot-a-judge," Tapper asked for clarification.

"Either way, it gets you there," Buttigieg responded, sparking some laughter and audible applause.

But the original clip of the exchange shows the laughter and no applause, with Buttigieg adding, "Back home, they just call me Mayor Pete."

Critics slammed the Buttigieg campaign, some comparing the clips to Jeb Bush's "Please clap" moment during the 2016 election and calling the clips "as fake as his victory" in Iowa this week.