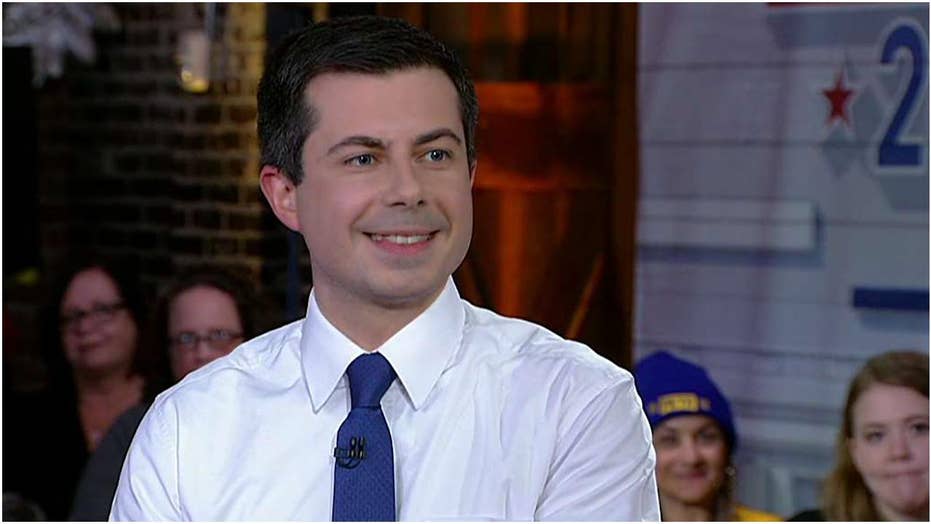 A smattering of media figures attacked former South Bend, Ind., Mayor Pete Buttigieg on Wednesday, suggesting that he used racist language when he called for a president who had their roots in the "American Heartland."

"It is a dog whistle," former CNN anchor Soledad O'Brien tweeted. "And maybe Mayor Pete isn’t aware of that. There is nothing more virtuous about a vision honed in the Heartland. Again—he should sit with his staffers of color and have them explain this to him."

The controversy came as Buttigieg's campaign reportedly disseminated a questionnaire for staff members of color, asking them whether they experienced "microaggressions" in the workplace. The survey was the latest indication that Buttigieg might be encountering issues with his ability to connect with minorities.

Buttigieg had originally tweeted that his roots in the "heartland" were an antidote to the ineffective politics of Washington, D.C.

"Heartland is code. And I'm over it," tweeted Sherrilyn Ifill, president and director-counsel for the NAACP Legal Defense and Educational Fund. "It erases the legitimacy of the experiences and reality of Black mid-Westerners and cloaks white mid-Western communities in a gauzy innocence and authenticity."

Comedian Andy Richter similarly tweeted: "I’m from the supposed Heartland, and in a political context 'the Heartland' does not mean not-Washington. It means the place where white people run things."

Richter added that Buttigieg was "far too naive to be President" if he didn't realize the purported symbolism of his comments. The controversy came as Democratic candidates prepared for the caucuses in Iowa, the first in the primary season and often understood to be part of the "heartland" of the U.S.

It's not out of the ordinary for presdiential candidates to tout their connection to the "Heartland." During the 2012 presidential cycle, former President Obama seemed to disparage coastal cities in comparison to middle America. "Sometimes when we have foreign visitors, they’re only visiting the coasts,” he prevously said. “They go to New York, they go to Washington, they go to Los Angeles, but the heartland is what it’s all about."

And in the past few months, Sen. Amy Klobuchar, D-Minn., repeatedly used the phrase, even referring to herself as "Heartland Amy."

"We need a voice from the Heartland on that debate stage in November — a voice that isn’t afraid to call out this President’s broken promises & repeated failures," she tweeted. Buttigieg, however, has continually faced criticism over his relationship with the African American community.

Buttigieg's campaign responded by claiming the Heartland contained "racially diverse" voices. "Pete understands that family, faith, freedom, patriotism aren't owned by any one party or point of view, and neither is the American heartland. In his experience, the heart of America is shaped by racially diverse voices," the campaign said in a statement provided to Fox News on Thursday.  "His perspective is shaped by his hometown, which is 40% people of color."

The campaign added: "And while we are racially diverse across the Midwest, the values we hold aren't exclusive to the middle of the country. What we all have in common is a feeling politics in Washington has failed us. It doesn't reflect the decency, optimism, and hunger to get things done that is in the hearts of all Americans. It’s been more focused on fighting with each other than fighting to get results.

"With re-litigating, the battles of the past, than dealing with urgent crises on our doorstep and that will define our future. Communities across the nation like South bend have been devastated by decisions made in boardrooms on Wall Street and committee rooms in Washington. It’s time to turn the page to a politics that has the perspective of those who have seen the impact of these decisions rather than return to the perspective of those who made them."