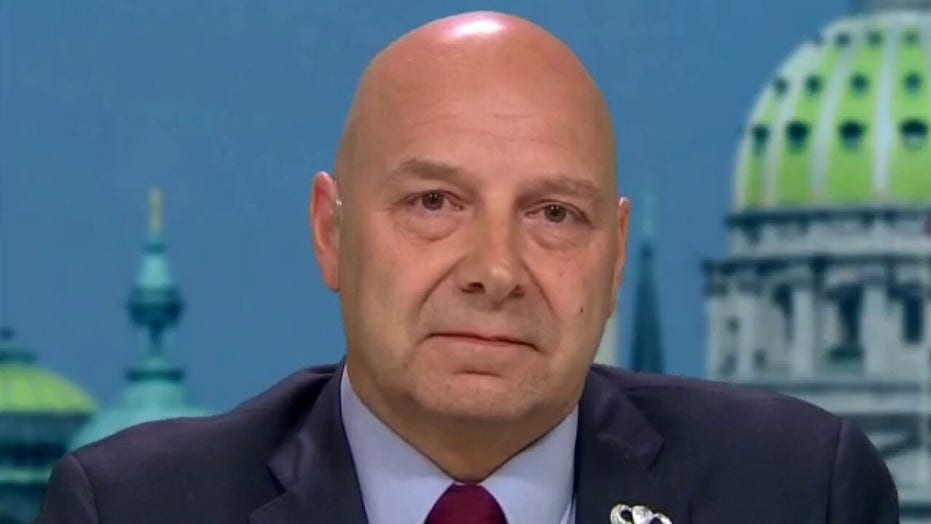 "Every day we wake up and it is still being played on a b-roll ... God help us," the Republican said. "This sort of thing you'd just never imagine would have happened in America; especially Pennsylvania, the birthplace of independence and freedom. But it did, and action needs to be taken."

Mastriano has led calls for the resignation of Pennsylvania Health Secretary Dr. Rachel Levine, who admitted last week that she had moved her 95-year-old mother from a senior care facility into a hotel suite as the coronavirus ravaged nursing and personal care homes in the state.

"My mother is 95 years old," Levine said at the time. 'She is very intelligent and more than competent to make her own decision."

Mastriano noted that Levine and Wolf had correctly surmised that older, sicker people would be more susceptible to the coronavirus. However, Levine still put out a memo on March 18 directing nursing homes to re-admit COVID-positive patients to their facilities in order to free up hospital beds.

"I retired from the Army two years ago, and maybe I'm off my rocker, but I thought at some point we would come together and agree when there's just sheer incompetence, and the secretary has been delivering nothing but medical malpractice here," Mastriano said. "This is something we definitely can come together on, but instead they're [Democrats are] circling the wagons here and defending this administration. It is utter madness."

As of Monday, 3,086 of Pennsylvania's 4,505 reported COVID-19 deaths  -- 68 percent -- were residents of nursing homes or long-term care facilites, according to data from Phil Kerpen of the Committee to Unleash Prosperity.

Mastriano has also criticized Wolf for being slow to lift lockdown orders in the state. The governor has been using a traffic-lighted system with "red" and "yellow" counties stuck in very restrictive phases and "green" counties allowed to resume largely normal operations. Much of the state will be in the "yellow" phase by the end of this week, with dine-in service at restaurants strongly restricted and barbershops and movie theaters banned from operating.

"Every business, every job is essential," Mastriano said at an April "ReOpen PA" rally, noting Wolf's delineation of "non-life-sustaining" and "life-sustaining" businesses. "It's nice for a rich kid to tell us that, but for those of us who have worked for a living, he doesn't know what he's talking about," he added, according to the York Dispatch.

Mastriano is also the chief sponsor of State Senate Bill 323, which would summarily terminate Governor Wolf's executive order through which he has enacted his sweeping lockdown measures. While Republicans are the majority party in both chambers of the state legislature, they do not hold a veto-proof majority in either house.