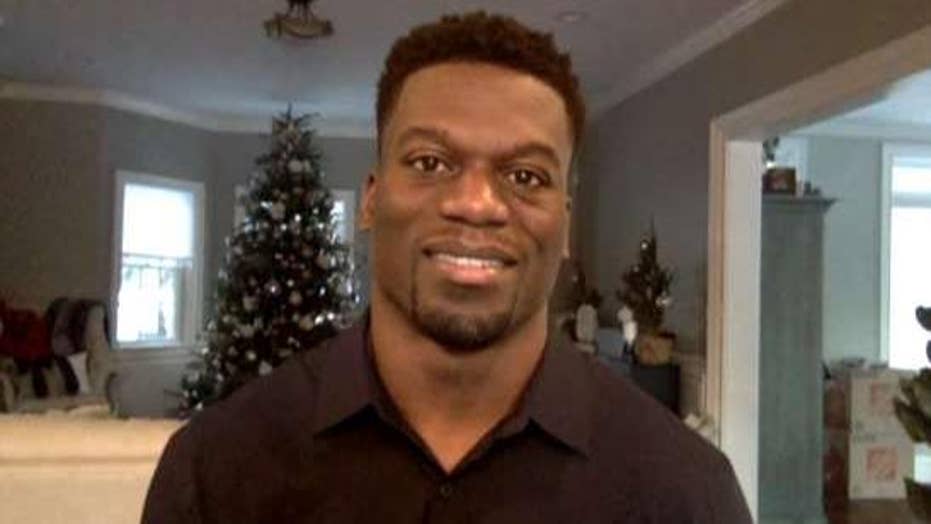 New England Patriots player Ben Watson on his One More Foundation, which is devoted to spreading the hope and love of Christ.

New England Patriots tight end Benjamin Watson will use his custom-made "My Cause, My Cleats" cleats to bring attention to his One More Foundation.

The foundation, which he founded with his wife, is devoted to spreading the love and hope of Jesus Christ in local communities.

"My Cause, My Cleats" gives more than 900 football players a chance to showcase the causes important to them during Week 14 of the NFL season.

Appearing on "Fox & Friends: Weekend" with hosts Lisa Boothe, Ed Henry, and Pete Hegseth, Watson said he created the One More Thing Foundation to spread he love and hope of Christ to one more soul.

"And, we do that by following the three charges that are given in Micah 6:8 when it talks about doing justice, loving-kindness, and walking humbly with our God," he explained.

Courtesy of Eric J. Adler and the New England Patriots

Watson said that, for the last decade, the foundation has given him the opportunity to meet people with "real needs" and "to know the one who can meet their needs forever and ever."

"Whether it's promoting and giving food to those who are hungry, doing events around the holidays, promoting education, standing against injustice -- whether that be sex trafficking, abortion, or racial injustice ... and also, just bringing kindness to people," he continued.

"Because we live in a world and a country where sometimes people just aren't kind and a kind word can go a long way. And, that kind word or kind deed can be multiplied by those who receive it," said Watson.