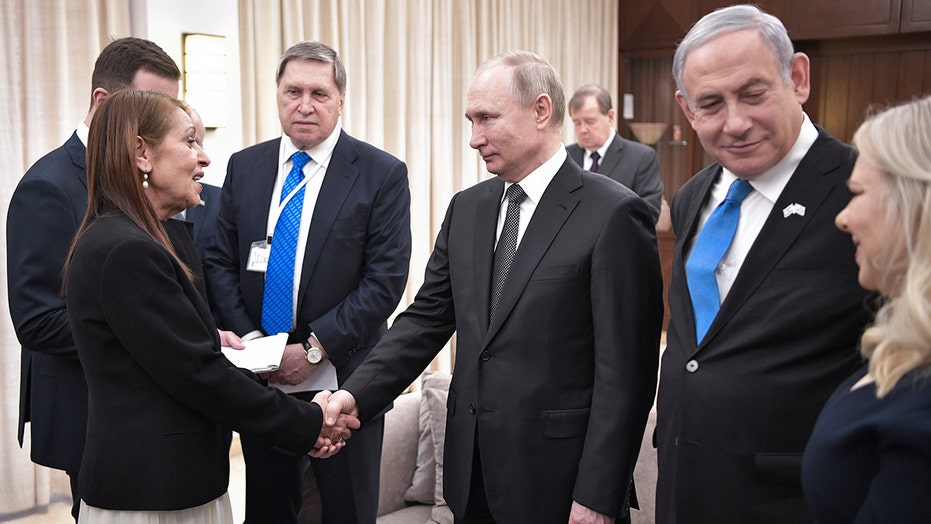 Naama Issachar, a 26-year-old woman with dual American and Israeli citizenship sentenced to seven and a half years in a Russian prison after authorities allegedly found nine grams of cannabis in her luggage, learned on Monday that her petition to be pardoned by Russian President Vladimir Putin was approved by The Moscow Region’s pardon commission, according to reports.

Issachar’s plea was then forwarded to Putin, according to The Jerusalem Post, which cited the TASS Russian News Agency.

Issachar, who has been behind bars in Russia since April, was sentenced in October to seven and a half years in prison for a charge of smuggling drugs, her sister, Liad Gold, told Fox News at the time.

Issachar, who was born and raised in Fair Lawn, N.J., and moved to Israel when she was 16, was returning home April 9 after a three-month trip to India, according to Gold. Issachar, who has served in the Israeli army, was stopped by police at the Moscow airport as she boarded her connecting flight to Tel Aviv, brought into an interrogation room and was told cannabis had been found in her checked bag.

Israeli woman Naama Issachar, center, sits inside a cage during appeal hearings in a courtroom in Moscow, Russia, Thursday, Dec. 19, 2019. Naama was sentenced in October to seven and a half years in prison for drug smuggling after authorities in April found nine grams of marijuana in her luggage.  (AP Photo/Alexander Zemlianichenko Jr.)

Issachar said she accidentally left the cannabis in her bag, her sister told Fox News. Issachar was initially charged with cannabis possession, but the charge was upgraded in May to smuggling drugs into Russia.

“We received Naama’s plea for pardon today. She [Naama Issachar] partially admits her guilt. But she pleads not guilty on smuggling charges. She had no such malicious intent. Hence, after considering her character reference from the prison, which is positive, the commission took a decision to satisfy this plea for pardon,” the pardon commission’s deputy spokesperson Ekaterina Semyonova reportedly said on Monday.

Gold said her sister denied the smuggling charge and Issachar’s lawyers have reportedly said that the sentence is much harsher than the usual charges for such a small amount of cannabis.

During Putin’s visit to Israel last week, he met with Issachar’s mother and told her “everything will be alright.” Israel’s Prime Minister Benjamin Netanyahu had previously asked the Russian leader to pardon Issachar.

AMERICAN-BORN ISRAELI WOMAN, 25, DETAINED IN RUSSIA FOR 4 MONTHS OVER 9 GRAMS OF CANNABIS

In December, a Russian court rejected Issachar's appeal, but Netanyahu remains cautiously optimistic she will be released soon.

“I think the punishment doesn’t fit the crime. I think it’s extreme and inhumane and she’s more than paid the price for what she did,” Gold told Fox News in October.

Issachar filed the petition to be pardoned by Putin on Sunday following a statement by Kremlin spokesman Dmitry Peskov saying that she couldn’t be pardoned without making a personal appeal, Tass reported, citing Issachar’s lawyer.

Gold told Fox News on Monday that her family is not yet commenting on the latest developments.