Ryan Carson is the CEO and Founder of Treehouse, an online coding school where users can learn how to code an app and build a website. In an interview with Fox News, Carson broke down why attempting to convert an in-person model of teaching to Zoom is ineffective for students and why paying 40,000 dollars is ‘completely bonkers’.

As college campuses consider staying closed for the fall semester and encourage students to take online classes, online learning expert Ryan Carson explained that it was “absolutely bonkers” to believe that universities could effectively switch to online platforms.

Carson is the CEO and founder of Treehouse, an online coding school where users can learn how to code an app and build a website. In an interview with Fox News, Carson broke down why attempting to convert an in-person model of teaching to Zoom classes is ineffective for students.

“Universities are panicking and trying to shift to 100-percent online classes, and they are not prepared to do that,” said Carson. “Over the last 10 years, what we've learned is that teaching online effectively and teaching in-person effectively are just completely different skills. We've taught 650,000 people and we've done 100 percent online and it's very difficult to do.”

SEN. ALEXANDER: 'KIDS HAVE TO GO BACK TO SCHOOL' IN FALL, BUT IT MUST BE DONE SAFELY

Carson elaborated that the classroom model needs to be flipped in order to have a successful remote learning system. First, Carson said that classes should incorporate short, compelling videos between five and 10 minutes in length. Those videos, in turn, also need to be interrupted with assessments in order for students to “lean forward” and engage with the content. This means that professors need to fundamentally rewrite their curriculum.

“Teachers cannot simply take their presentation, put it into a slide presentation and do it on Zoom. It just doesn't work for students,” said Carson. “We've actually measured the efficacy of these five-to-10-minute videos, and what we've seen is that there's a major drop off in engagement for every single minute that that video continues after the time.”

The Treehouse CEO recommended that teachers also add five to 10 real-world projects for students to complete and be evaluated. Lastly, he added that students need to be able to access an online chatroom where they can interact with other students and get their questions answered.

Carson’s reevaluation of education comes amid the coronavirus, which struck at a time when advanced education has become increasingly vital to household prosperity.

About 90 percent of the jobs that were added during the first three years of the Trump presidency went to college graduates. Census Bureau figures show that the average college graduate’s income is twice as high as high school-only workers. 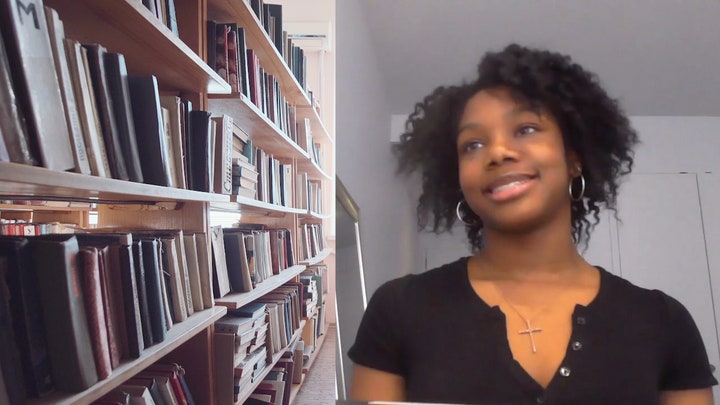 Carson argued that the shift to online education could empower thousands of Americans because the programs are far more affordable than college. According to the Associated Press, nearly two-thirds of Americans lack a college degree.

“I think we're seeing the future of education, and although it's disruptive and scary, I think that students and parents are actually going to get a lot better value for [their] money,” said Carson.

For more with CEO and founder of Treehouse Ryan Carson, watch the full video above.