Drug Enforcement Agency (DEA) officials are warning that "rainbow fentanyl" is spreading in Oregon and Idaho and throughout the West Coast.

The director of the DEA's Oregon-Idaho high-intensity drug trafficking area Chris Gibson joined "Fox & Friends First" Thursday to bring attention to the most recent effort to spread fentanyl throughout the U.S.

"Our biggest fear is, is that it will get in the hands of children who don't understand what it is that they have and thinking that it's sidewalk chalk or a piece of candy ingesting it and eventually or potentially overdosing on what is a very, very potent drug that is killing hundreds of thousands of people a year in this country," he told Carley Shimkus.

FENTANYL SEIZURES AT SOUTHERN BORDER JUMPED OVER 200% IN JULY

A bag of the more potent powdered fentanyl was confiscated from a home in Portland, and authorities are warning that the drug could be making its way across the West Coast.

Deputies discovered body armor, $5,000 in cash, nine guns of which some were stolen and drugs. The drugs including meth, heroin, 800 pills of fentanyl and four grams of multi-colored, powdered fentanyl, often called "rainbow fentanyl."

Gibson said the use of rainbow colors for the lethal drug is a marketing ploy to obtain new users and also mentioned that he believes this is directly from the southern border.

"This is definitely produced south of our border in Mexico and being transported across the border and then distributed to communities by drug trafficking organizations that exist within this country." 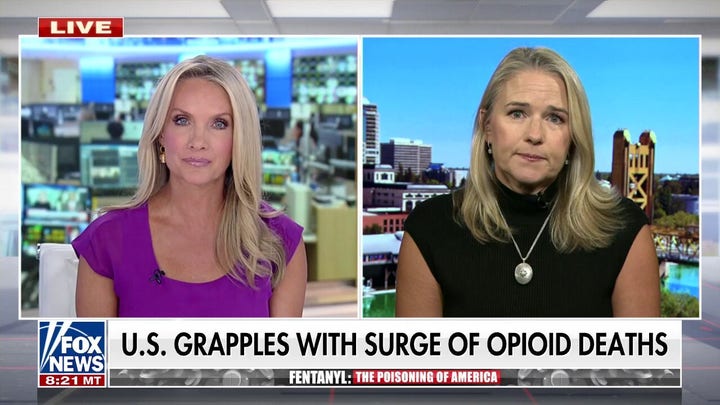 Gibson emphasized the need to stop the drug directly from its source, referring to the need to control the influx of drugs from the southern border.

"We hope that that will eventually take place in a form that is more effective than what it is right now," he added.