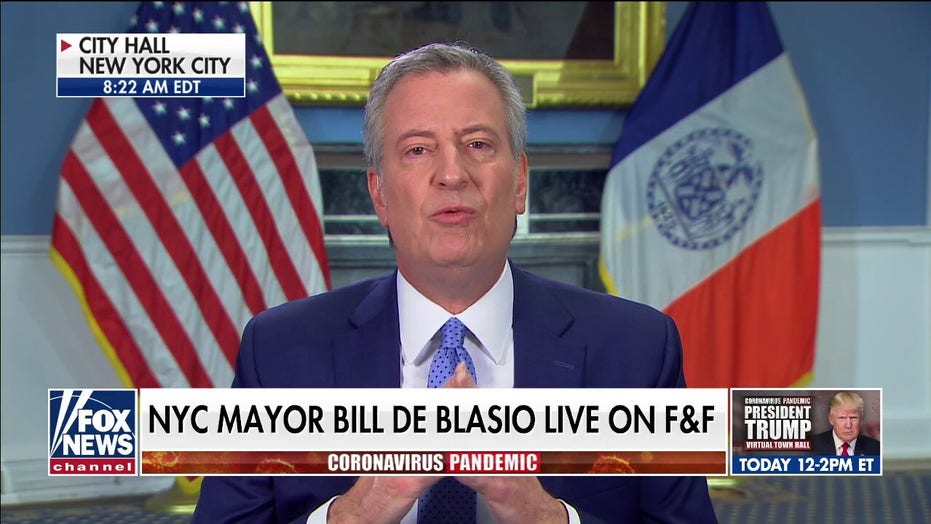 New York City Mayor Bill de Blasio discusses the challenge of getting medical supplies to New York City and the need for the U.S. military to transport supplies to the area and other parts of the country

New York City Mayor Bill de Blasio said on “Fox & Friends” Tuesday that the novel coronavirus is “moving rapidly” and the situation at the city's hospitals will worsen in the coming months.

De Blasio said he thinks “April is going to be a lot worse than March” and also fears that May could be even worse after the city emerged as a worldwide hotspot for the outbreak.

Trump tweeted on Tuesday, “The World market for face masks and ventilators is Crazy. We are helping the states to get equipment, but it is not easy. Just got 400 Ventilators for @NYCMayor Bill de Blasio. Work beginning on 4 hospitals in New York! Millions of different type items coming!”

“I've spoken to the president and I appreciate that he understands just how crucial it is to get those ventilators to New York City,” de Blasio said.

“That is the difference between someone who is suffering in one of our hospitals who might make it if they have access to a ventilator, but if we can't have them on a ventilator at the right time, we could lose a lot of lives who otherwise could pull through, and I do appreciate that the president and his team is focused on that.” 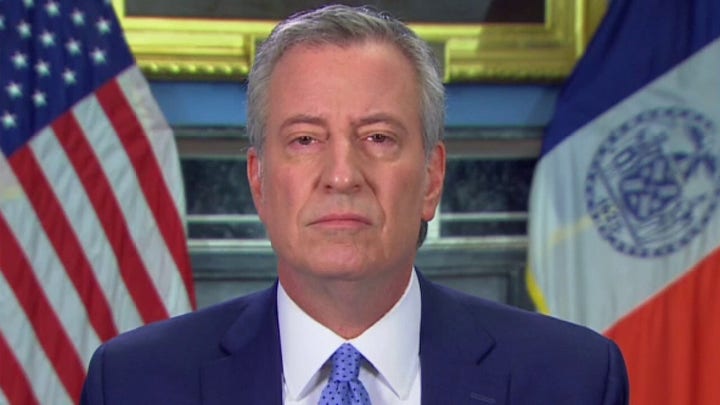 De Blasio noted that the city is going to “need a lot” of ventilators, adding that “our estimate is approximately 15,000 before this is over, because of the sheer growth pattern.”

He added that “our hospitals in a matter of days or weeks, depending on the hospital, are going to be stressed to the point that they cannot provide the kind of health care we're used to, unless we can get them a huge resupply of equipment, supplies, [and] personnel.”

He went on to say that New York City hospitals will “start to go broke” and stressed the importance of the emergency coronavirus stimulus bill.

“What's being talked about now in the stimulus bill is crucial, direct support for public and private hospitals because if they cannot pay the bills, and this is true all over the country, … health care will decline rapidly, overall not just about coronavirus.”

During a task force briefing on Monday, Dr. Deborah Birx, the White House’s coronavirus response coordinator, sounded the alarm for New Yorkers, urging them to continue to self-isolate because of the alarmingly aggressive "attack rate" of the novel coronavirus in the densely populated city.

Birx told reporters Monday that the New York City metro area has an attack rate -- which refers to the percentage of a population that has a disease in epidemiology -- of 1 in 1000. 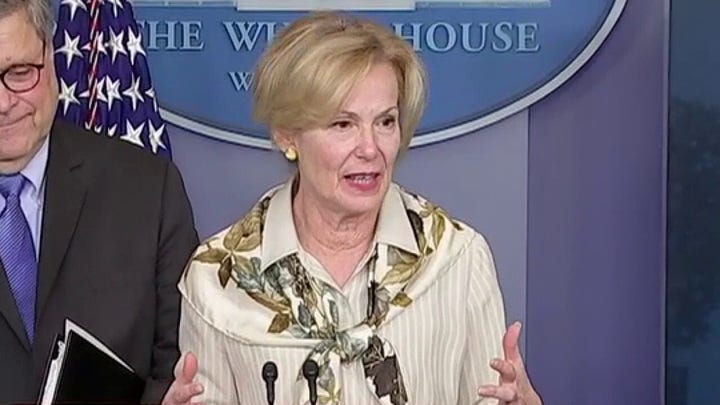 “We have to keep people separated so our men and women of the NYPD will be out there spreading the message telling people break it up if they need to break it up, move along, no lines tight together in a grocery store, no grocery stores fill up,” de Blasio said on Tuesday.

He then noted that the New York City Police Department's Police Commissioner Dermot Shea, who de Blasio said “has he's been all over the city the last few days,”  told him he's “so impressed at the number of people who are following the rules.”

“Life is going to be very different, but if we do this all over the country we can actually slow this thing down and keep our hospitals running,” de Blasio said.

On Sunday, Trump announced that the federal government has activated the National Guard to help three of the states hardest hit by the new coronavirus, including New York.

“Right now, the epicenter is in New York City, but we see it happening more and more in other parts of the country,” de Blasio noted on Tuesday.

“You're starting to see Florida, Louisiana, Georgia, all sorts of states are going to go through their wave next,” he continued. “The only force I think that can keep up with the need to constantly move supplies and equipment where they're needed, and doctors, nurses, other medical personnel where they're needed is going to be the U.S. military.”

Fox News’ Vandana Rambaran and the Associated Press contributed to this report.