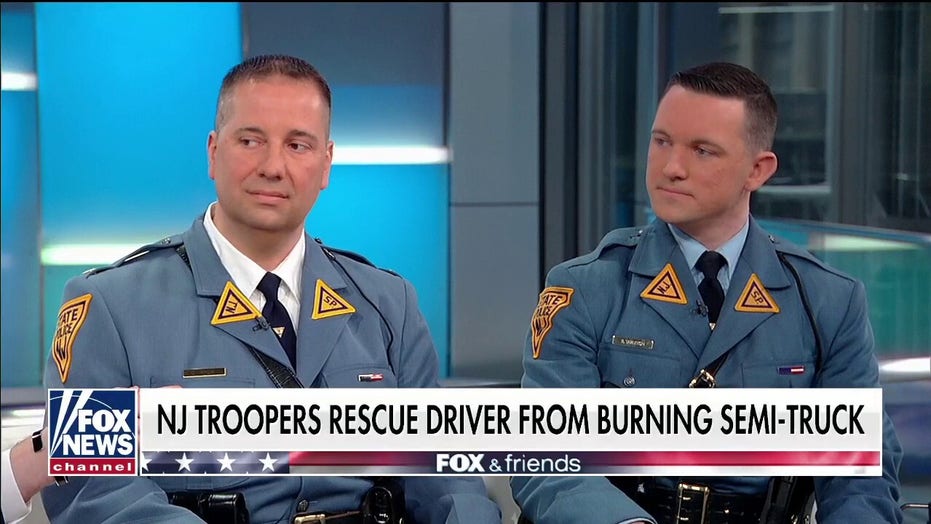 In an interview on "Fox & Friends Weekend" with hosts Pete Hegseth, Jedidiah Bila, and Griff Jenkins, heroes Lt. Edward Ryer and Trooper Robert Tarleton said it was all in a day's work.

Tarleton was positioned on the outer roadway of Interstate 287 in Bridgewater Township during a motor vehicle stop when he heard the truck crash into a guardrail and then hit the bridge overpass. He switched gears, transitioned his vehicle to the inner roadway, and that's when he saw Ryer who was already at the tractor-trailer.

"So, I ran up to him and then we were able to get the driver out of that vehicle," he said.

Ryer was on his way home when the incident occurred.

"I could see that there was going to be an accident there, and, luckily, I saw out of the corner of my eye -- I saw Trooper Tarleton up ahead and...I just hoped and prayed that he saw what was going on," he stated.

Tarleton explained that fire wasn't really in their minds at the time of the rescue because priority number one was getting the driver out of the vehicle.

"So, I was trying to quickly survey the scene and figure out what was going on and the heat was pretty intense," Ryer chimed in. "But again, once I realized he was in there, we just had to get him out. And, I didn't know what had caused the accident, [or] if he was having some sort of cardiac emergency."

"I would say it's just -- it really is just all part of the job," Tarleton told the "Fox & Friends Weekend" hosts. 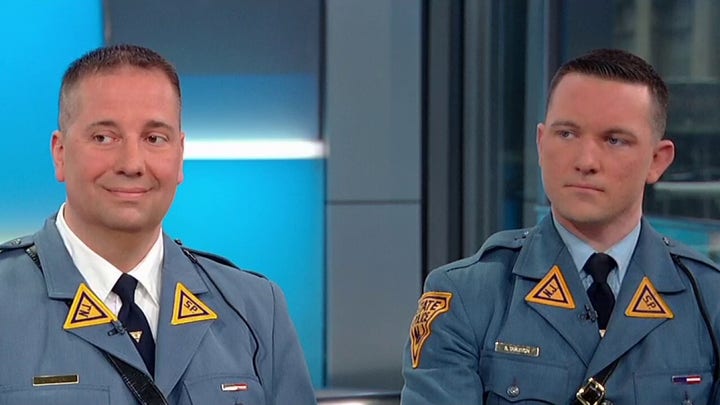 According to the New Jersey State Police, the man they rescued -- Ohio native 63-year-old Ron Hickman -- only suffered minor injuries and is now resting at home with his family.

The crash still remains under investigation.