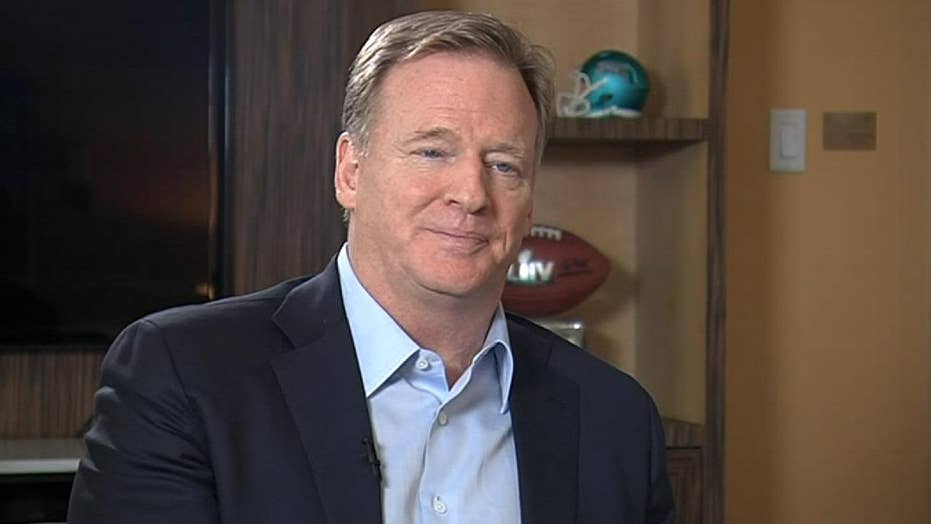 Goodell said that the Super Bowl becomes "bigger and bigger every year."

"And, it becomes more complicated because of that. But, that's also the fun of it. Because more people share in it. And, more people have an opportunity to be part of the Super Bowl," he said.

The Kansas City Chiefs and the San Francisco 49ers will go head-to-head Sunday for the NFL championship in Miami, Florida. Kickoff is at 6:30 p.m. ET, with coverage beginning at 2 p.m. ET on Fox.

The NFL celebrated its 100th anniversary in 2019, with last year's Super Bowl in Atlanta marking the beginning of the league's "NFL 100" initiatives, events, and programs.

"We are proud of our 100-year anniversary. It's been a wonderful celebration for us, so that's great," said Goodell, who noted that both teams in Super Bowl LIV have storied histories.

The Chiefs are appearing in the Super Bowl for the first time since 1970, when they defeated the Minnesota Vikings 23-7 in Super Bowl IV. San Francisco has won five Super Bowls, but have not lifted the Lombardi trophy since 1995. Colin Kaepernick led the 49ers to their most recent Super Bowl appearance in 2013, but San Francisco fell 34-31 to the Baltimore Ravens in Super Bowl XLVII.

"We're excited about the game, of course," Goodell said, " but the event is more than a football game."

"It's something very special that people look forward to and plan around. It's essentially become its own holiday," he stated. 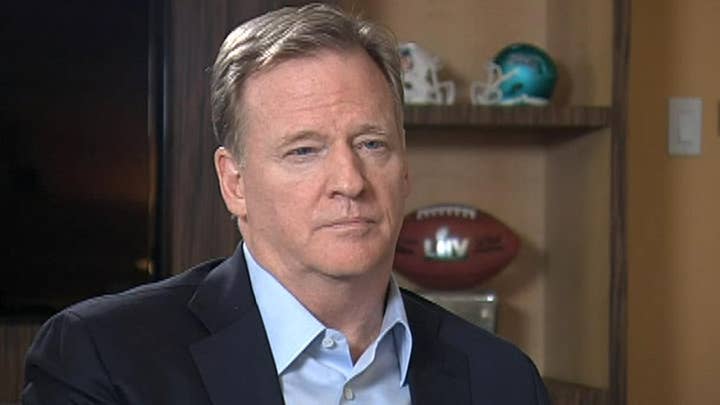 The buildup to the big game has been overshadowed in some respects by the sudden loss of NBA superstar Kobe Bryant, who died alongside his 13-year-old daughter Gianna and seven others in a helicopter crash in Southern California.

Goodell said that crash was a terrible "tragedy."

"I think it's hard for all of us to fathom that kind of sadness," he told Bartiromo.

"And, it unfolded pretty much during the middle of our Pro Bowl last week," Goodell continued. "So, we began [tributes] immediately. His picture was up in the stadium making our fans aware of the sad news -- paying tribute to him. A moment of silence. We did it again on Monday night,"

"So, we've continued to keep him, his family, everybody, in our thoughts and prayers. And, obviously, had opportunities for our players to express their sadness about the entire circumstance," he added.