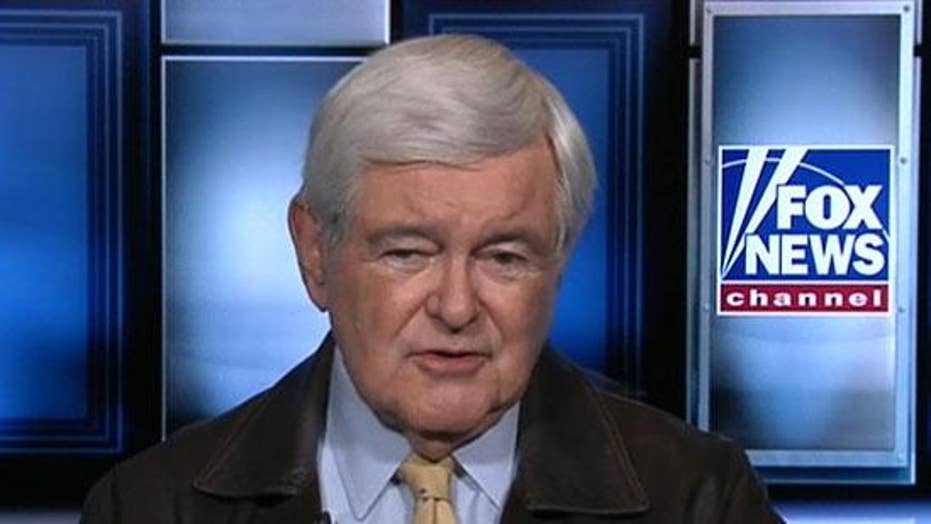 Newt Gingrich, former Speaker of the House, lays out two possibilities why Nancy Pelosi pursued impeachment, and explains why he is even more likely to win in November

“One is that the passion on the left is so enormous, that she didn’t have any choice,” Gingrich told “Fox & Friends,” “And that to not have moved it would have led to such a rebellion in her party that she had to go ahead and try to do it."

The last-minute show of force underscored the fluid nature of the Senate trial, which is also set to feature full-throated arguments against impeachment from constitutional scholar Alan Dershowitz and Bill Clinton independent counsel Ken Starr.

Gingrich said the other more "cynical" factor behind the impeachment is the Democrats' belief that they will “scar Trump” enough to defeat him in November. But Gingrich said he believes it's having the opposite effect.

“I think, in fact, they vaccinated him and he’s even more likely to win now than he was before this [impeachment] started,” Gingrich said, applauding the president for traveling to the World Economic Forum in Davos, Switzerland Tuesday as a "brilliant" counter-programming strategy against the impeachment trial.