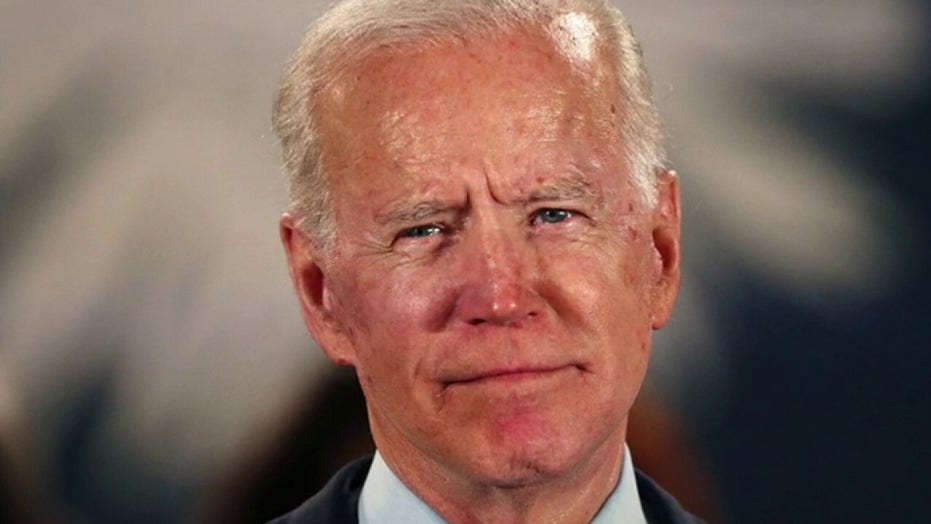 Why is everyone quiet on Biden's sexual assault allegations?

Tezlyn Figaro, political analyst, reacts to some calls for Joe Biden to drop out over sexual assault allegations and why the media is silent on the issue

The New York Times was widely criticized for taking so long to report the sexual assault accusation that Tara Reade levied against presumed 2020 Democratic presidential nominee Joe Biden, and now it looks like the paper has ignored the latest development in her story.

A 1993 clip from CNN’s “Larry King Live” that resurfaced on Friday appears to show Reade’s late mother alluding to “problems” her daughter faced while working as a staffer for the then-Delaware senator. Reade later told Fox News it was indeed the voice of her mother on the clip. The 27-year-old footage dominated social media for much of the weekend, forcing even the liberal CNN to briefly mention the story it had previously ignored.

The New York Times appears to have not covered the story whatsoever. Various searches for keywords such as “Larry King” and “Tara Reade” on the paper’s website did not return any relevant results as of Monday morning.

Reade’s sexual assault allegations against Biden have been an ongoing issue for the Times. The paper was condemned for taking 19 days to report her claim in the first place. The paper’s media reporter Ben Smith then interviewed executive editor Dean Baquet, who tried to justify the delay.

Baquet defended the paper's delay in reporting on Reade's claims, which she made nearly three weeks before the Times published its report on Easter Sunday.

"I thought that what The New York Times could offer and should try to offer was the reporting to help people understand what to make of a fairly serious allegation against a guy who had been a vice president of the United States and was knocking on the door of being his party's nominee," Baquet explained. "Look, I get the argument. Just do a short, straightforward news story. But, I'm not sure that doing this sort of straightforward news story would have helped the reader understand. Have all the information he or she needs to think about what to make of this thing."

Baquet also addressed the comparison between the paper's treatments of allegations against Biden and Supreme Court Justice Brett Kavanaugh.

"Kavanaugh was already in a public forum in a large way. Kavanaugh's status as a Supreme Court justice was in question because of a very serious allegation. And, when I say in a public way, I don't mean in the public way of Tara Reade's. If you ask the average person in America, they didn't know about the Tara Reade case," Baquet told Smith. "So I thought, in that case, if The New York Times was going to introduce this to readers, we needed to introduce it with some reporting and perspective. Kavanaugh was in a very different situation. It was a live, ongoing story that had become the biggest political story in the country. It was just a different news judgment moment."

Reade initially stepped forward last year, when multiple women emerged claiming inappropriate touching by Biden. Reade, at the time, claimed Biden put his hands on her shoulders and rubbed his fingers up and down her neck, but the story received little attention outside of an article in a local newspaper.

But, in late March, Reade told a far more graphic account, with different and more serious details, raising the allegation to the level of sexual assault.

The Times also came under fire earlier this month when it deleted a tweet and tweaked its report about the alleged 1993 incident, which originally read, "No other allegation about sexual assault surfaced in the course of reporting, nor did any former Biden staff members corroborate any details of Ms. Reade's allegation. The Times found no pattern of sexual misconduct by Mr. Biden, beyond the hugs, kisses and touching that women previously said made them uncomfortable."

No correction or editor's note was made in the report but the Times later explained the deleted tweet, saying, "We've deleted a tweet in this thread that had some imprecise language that has been changed in the story."

Baquet appeared to admit during the interview with Smith that the controversial change in its report was influenced by Biden's presidential campaign.

"I want to ask about some edits that were made after publication, the deletion of the second half of the sentence... Why did you do that?" Smith asked.

"Even though a lot of us, including me, had looked at it before the story went into the paper, I think that the campaign thought that the phrasing was awkward and made it look like there were other instances in which he had been accused of sexual misconduct, and that's not what the sentence was intended to say," Baquet responded.