The NASB board of directors voted Saturday to formally sever ties after the NSBA sent a controversial letter in September 2021 to the Biden administration comparing actions taken by angry parents at school board meetings to domestic terrorism.

The NSBA sent the letter to President Biden in September 2021 requesting a joint collaboration between state and federal law enforcement to look into threats against school officials. Furthermore, the NSBA requested that actions should be examined under the Patriot Act as domestic terrorism.

The Nebraska group confirmed they will not pay dues to the NSBA this year, the Omaha World-Herald reported. On May 24th, the executive committee voted to recommend to the board of directors that the Nebraska Association of School Boards not renew its membership in the NSBA. The recommendation was accepted in a formal vote Saturday.

After causing much controversy and losing ties with over 20 state school board associations for sending a letter to the Justice Department comparing actions taken by angry parents at school board meetings to domestic terrorism, the NSBA underwent an independent investigation to identify internal issues that led to the decision.

The independent review finding stated that "the letter was not widely reviewed or approved within the organization, and the finalized letter was not disclosed to the full NSBA Board of Directors or NSBA members until after it was submitted."

Early demands from the National School Boards Association to the White House included calling for the deployment of the Army National Guard and the military police to monitor school board meetings, according to an early draft letter the organization's independent review released May 20th. 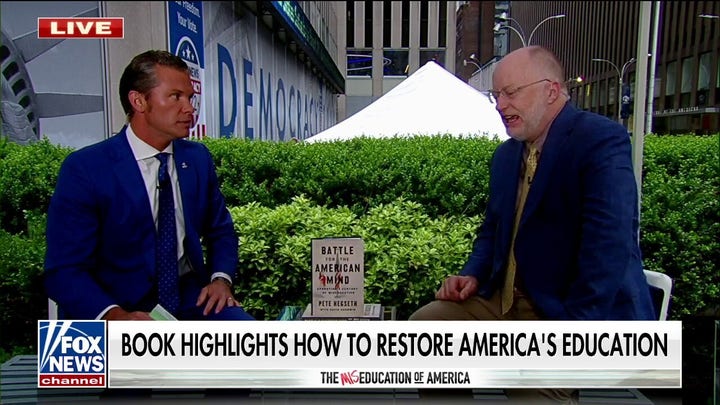 In contrast to the final version, the draft of the NSBA letter said, "We ask that the Army National Guard and its Military Police be deployed to certain school districts and related events where students and school personnel have been subjected to acts and threats of violence."

After the NSBA received much criticism for its letter to the White House and a resulting memo by Attorney General Merrick Garland, the organization issued an apology, but that did not stop the backlash from several states who distanced themselves from the organization or completely cut ties.

"The lesson here is that organizations and politicians should think twice before messing with parental rights in education," American Federation for Children National Director of Research Corey DeAngelis told Fox News Digital shortly after the NASB made the decision.

"The NSBA letter was an attempt to bully and silence parents into submission. But that didn't work out well for them. It actually had the opposite effect and instead only emboldened parents to push back harder."