Justice is way over the line with school parents.

Texas' school board group has joined more than 20 states in breaking ties with the National School Board Association.

The decision was made on Monday by the group's board of directors following the release of an independent investigation in which they "found operational deficiencies and lack of internal controls and processes within NSBA," according to the TASB's news release.

The TASB said the NSBA’s independent investigation disclosed new details about the development of the Sept. 29, 2021 letter which compared parents to domestic terrorists for protesting at school board meetings.

After causing much controversy and losing ties with over 20 state school board associations for sending a letter to the Justice Department comparing actions taken by angry parents at school board meetings to domestic terrorism, the NSBA underwent an independent investigation to identify internal issues that led to the decision.

Heather Fruzzetti makes a public statement as people protest different issues including the board’s handling of a sexual assault that happened in a school bathroom in May, vaccine mandates and critical race theory during a Loudoun County School Board meeting in Ashburn, Virginia, U.S., October 26, 2021. Picture taken October 26, 2021. (REUTERS/Leah Millis)

The independent review finding stated that "the letter was not widely reviewed or approved within the organization, and the finalized letter was not disclosed to the full NSBA Board of Directors or NSBA members until after it was submitted."

Furthermore, the independent investigation placed the blame for the letter, which the NSBA apologized for, solely on then NSBA interim CEO and executive director Chip Slaven. The report released Friday states Slaven "was behind the Letter, both in origin and substance" and prematurely had exchanges with a senior education advisor at the White House on the letter's release.

Slaven wrote the letter in "response to the growing tensions at local school board meetings made manifest by the divide in public opinion in the then-ongoing debate about when and how public-school students should return to in-person instruction" following the COVID-19 pandemic lockdowns, the NSBA report said.

TASB Executive Director Dan Troxell said, "We have been intently waiting for the release of this independent investigation for nearly two months. With this report now available, it’s clear that NSBA’s internal processes and controls do not meet the good governance practices that TSBA expects and requires in a member organization."

Early demands from the National School Boards Association to the White House included calling for the deployment of the Army National Guard and the military police to monitor school board meetings, according to an early draft letter the organization's independent review released Friday. 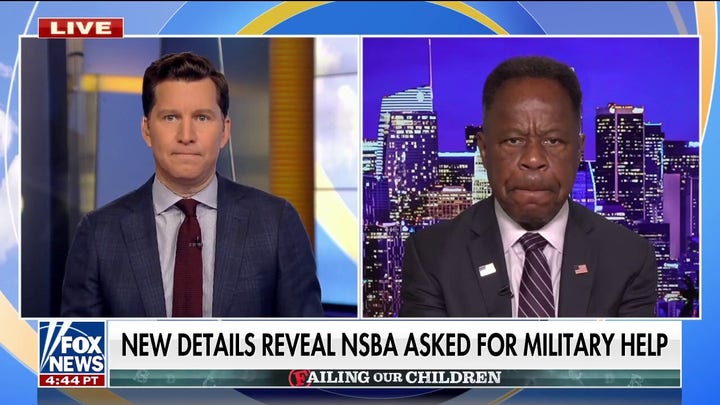 In contrast to the final version, the draft of the NSBA letter said, "We ask that the Army National Guard and its Military Police be deployed to certain school districts and related events where students and school personnel have been subjected to acts and threats of violence."

Last month, the California School Board Association became the 22nd state to sever ties with the NSBA, following other states that distanced themselves from the organization or completely cut ties.