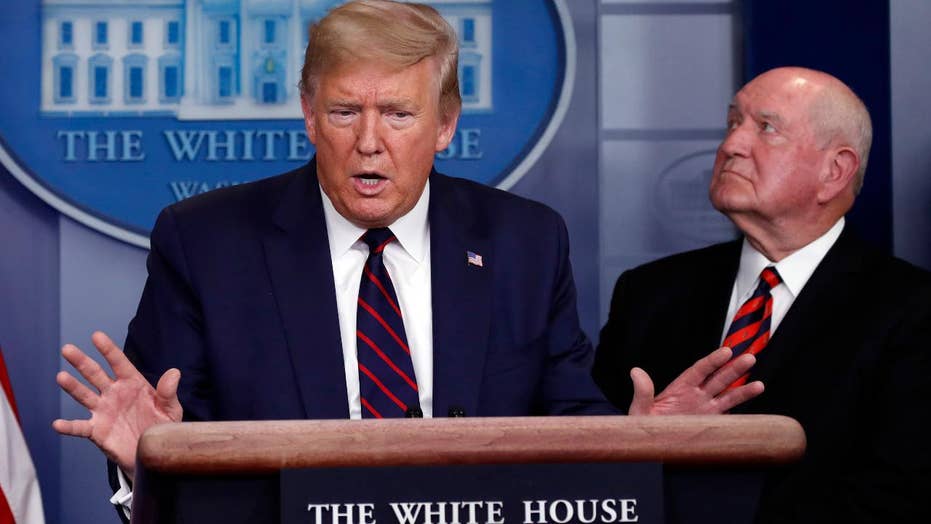 CNN was criticized Friday evening for airing a graphic attempting to fact-check President Trump in real-time during his coronavirus press briefing at the White House.

In prepared remarks, Trump touted the increase of tests that are being conducted

"My administration is actively planning the next phase in an all-out war against this virus. We're now testing nearly 100,000 patients per day, more than anybody in the world," Trump said. "And we have now tested, even as of a couple of weeks ago, tested more than any other country in the world. And our capacity continues to grow."

Later on, however, CNN showed a graphic claiming Trump was "incorrect" about his testing claim.

Critics pointed out on social media that what Trump said wasn't actually "incorrect."

Dunleavy shared an image of a CNN headline reading: "The United States has more coronavirus cases reported than any other country in the world."

"President Trump said the U.S. has tested more than any other country in the world. That is factually CORRECT, a testament to the President's cutting red tape to expand testing. CNN is incorrect by saying it's incorrect.' This chyron is a sad attempt to smear @realDonaldTrump," Clark wrote. "It's one thing to have a petty fact check chyron. It's another to just be wrong."