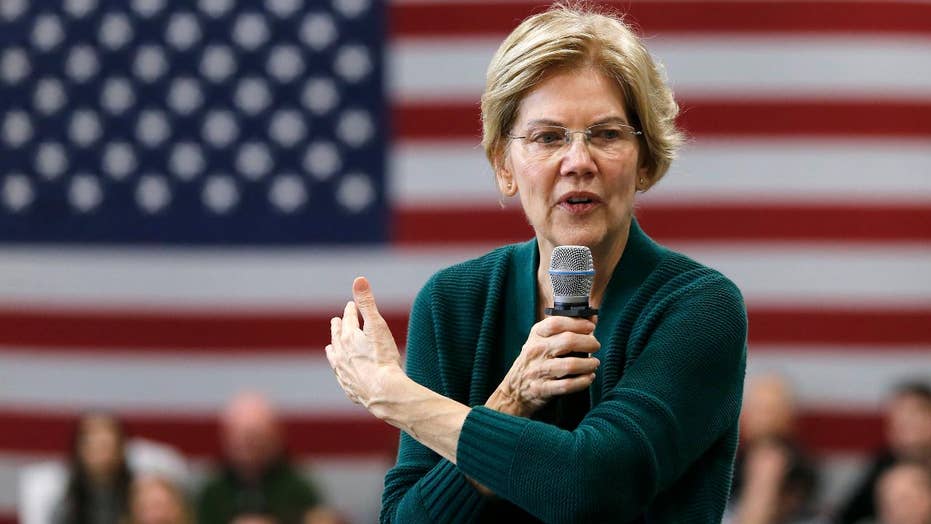 An NBC reporter suggested on Tuesday that criticizing Sen. Elizabeth Warren, D-Mass., for her disputed claim that her children attending public school was "attacking" the youngsters.

Last month, Warren was confronted by a pro-school-choice activist who mentioned that she had read that the 2020 hopeful had sent her children to private school.

"My children went to public schools," Warren told the activist.

However, the Warren campaign later clarified that while the senator's daughter went to public school for her entire childhood, Warren's son Alex only went to public school "until 5th grade."  Last month, the Washington Free Beacon obtained a copy of the 1986-1987 school yearbook from Kirby Hall School in Austin, Texas that featured a photo of Alex.

"Elizabeth Warren was so "#PublicSchoolProud" that she sent her son to expensive private schools for the majority of his K-12 education," Bush tweeted.

"It used to be that politicians drew the line at attacking each other’s children," Allen reacted. "But we live in different times."

When challenged about his claim that Bush's tweet was "attacking" Warren's children and not the "lie" she told, Allen acknowledged that Warren "lied" and that it was a "good reason to call out a politician." However, Allen added that criticizing Warren's decision to send her son to private school for the majority of his childhood is "getting at the (now adult) kid for decisions made when he was a kid."

Allen later offered an apology to Bush for assuming the text of the tweet was originally written by the former 2016 candidate instead of copied from the article he shared.

However, the NBC reporter was still panned for his interpretation of Bush's tweet.