Republican congressional candidate and Navy veteran Joe E. Collins speaks out on why he's running against the longtime Democrat incumbent in California.

U.S. Navy veteran and congressional candidate Joe Collins said on Wednesday that he wants to unseat Rep. Maxine Waters, D-Calif., because he believes she has failed to help the residents in her district.

“You would think that when you are a Black leader in the Black community, your primary responsibility is to ensure that the people that are in your district have what they need in order to survive during times like COVID-19, but, unfortunately, that has not been the case,” Collins told “Fox & Friends," arguing that Waters has failed to help minority-owned businesses in the south Los Angeles district.

“We have tons of black-owned businesses here in Los Angeles that have not been able to receive any type of business. Not from the state, not from the city, not from the federal government. The majority of the reason is because of Maxine Waters.”

Running as a Republican for California's 43rd district, which includes parts of Los Angeles. He is trying to unseat Waters and his campaign has raised $3.1 million. He claimed Waters was “losing trust” with her constituency. 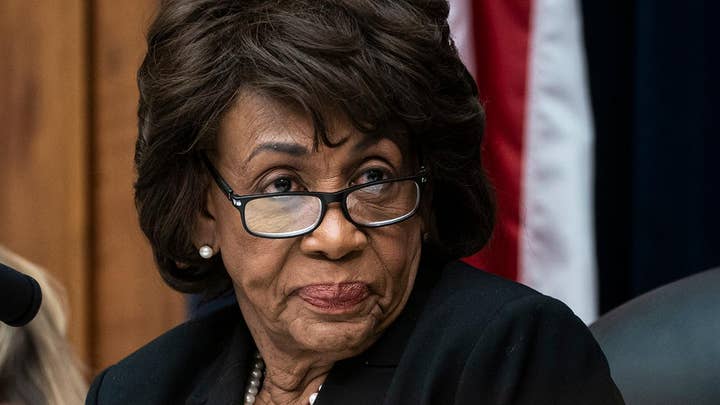 “People want to see Maxine Waters gone,” Collins said, criticizing her for the amount of time spent on the failed bid to impeach and remove President Trump from office.

Meanwhile said on Tuesday that the recent protests against police brutality and racial injustice are about battling a “tradition” in law enforcement that has to be “done away with,” while also downplaying the violence and looting during some of the protests as “minor" in relation "to the numbers who are on the positive side of this and talking about change.”

Collins said that he wants to run against Waters because, as a native of South Central Los Angeles, the conditions have become worse over the past 13 years while he has served in the military.

“Coming back home and seeing things considerably worse, especially with the homeless pandemic, the lack of quality jobs, and our education being among dead last in our country,” Collins said.

“The prime issue here is the person who has the most influence and that person is Maxine Waters. Me being a resident of south Los Angeles, I think that we as young people have to step up and start taking roles in our community and start removing aged politicians from office so we can start moving forward productively.”

Host Ainsley Earhardt said Waters was also invited on the show, but did not respond.