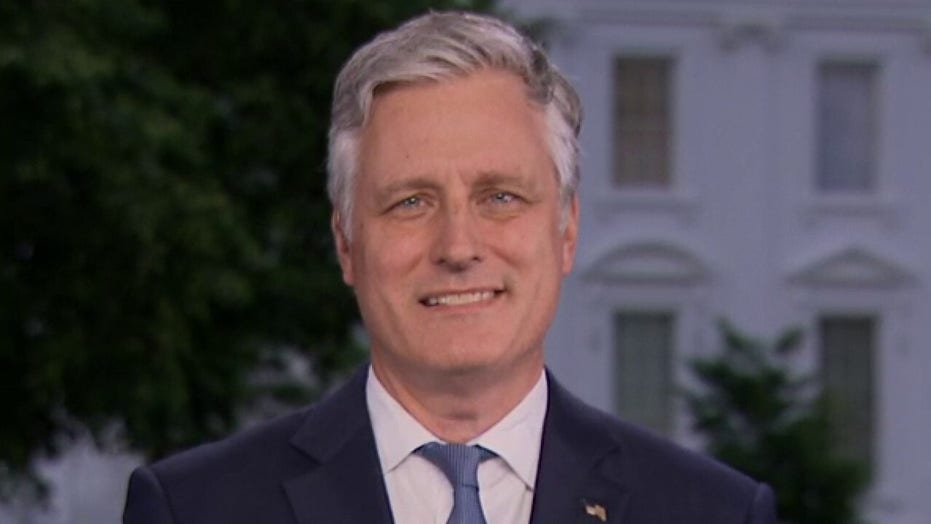 National Security Adviser Robert O'Brien told "The Story" Thursday that "America will respond" if the Chinese government "takes strong action" under a proposed "national security law" that would strengthen Beijing's control over Hong Kong after months of pro-democracy protests.

"The Communist Party of China agreed with the United Kingdom back in 1997 that for 50 years after the turnover of Hong Kong to China that the people of Hong Kong would enjoy a capitalist system and their way of life that encompasses rule of law, freedom of speech," said O'Brien, referring to the so-called "One Country, Two Systems" principle.

"Unfortunately, some 27 years early, the Chinese Communist Party has decided that there's too much freedom in Hong Kong and they don't want to allow them to have their way of life or their capitalist system," O'Brien added. "If China moves forward and takes strong action under this new national security law against the people of Hong Kong, America will respond. I think other countries in the world will respond, including the United Kingdom and many other of our allies and friends."

When host Martha McCallum pressed O'Brien on what that response might look like, he answered: "Hong Kong enjoys some special access to U.S. markets, it's treated as [if] it's a free economy under various customs unions and there are privileges that Hong Kong accrues because it's ... considered a free system. We'd have to look over whether those concessions could continue to be made.

"And then there are plenty of other tools we have in the tool kit to deal with China if they engage in the violation of the human rights of the people of Hong Kong," O'Brien added. "We hope the Chinese don't go forward with this blatant attempt to take away the way of life of the people of Hong Kong. If they do, I'm sure there will be a strong response from the United States and from others. And there are lots of tools to express our displeasure to the Chinese."

O'Brien then praised President Trump's policy toward China, contrasting it favorably with the record of former Vice President Joe Biden.

"There's never been a President who's been tougher on China, who's stood up to China, who stopped the vast trade imbalance with China, that's stood up for American intellectual property rightsholders against China, no one who's stood up for human rights in China the way President Trump has," he told MacCallum. "Biden has said that China is not a competitor, he said that the United States can eat China's lunch, he and his family have had a long involvement with China over the years.