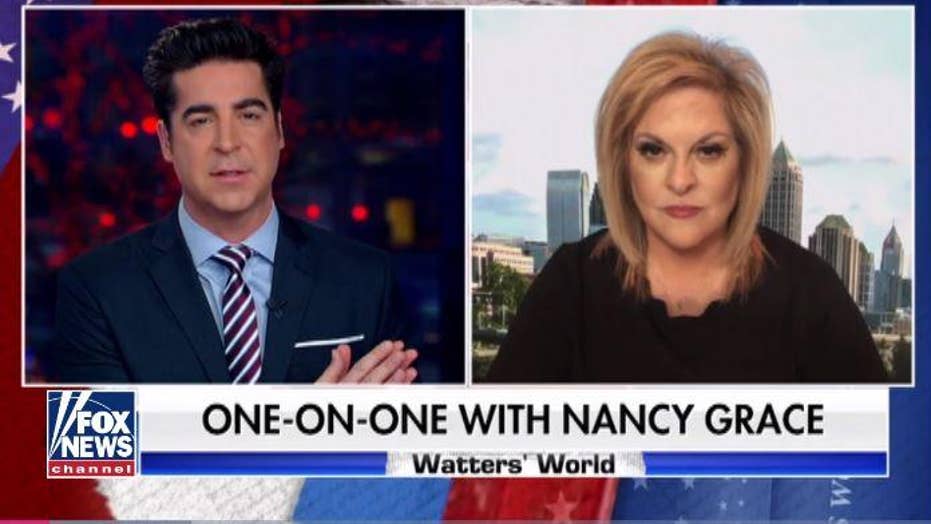 Former longtime cable news host Nancy Grace said she finds it "hard to believe," but not "impossible," that disgraced financier Jeffrey Epstein killed himself while in prison.

"After prosecuting many, many strangulation homicides -- be it through ligature or manual strangulation -- I find it very, very hard to believe -- not impossible -- that multiple bones were snapped in Epstein’s neck through suicide," she said.

"Those injuries are much more commonly found in strangulation-by-homicide," she added.

Grace, who now hosts "Crime Stories with Nancy Grace," said it was also entirely possible that, with Epstein's alleged transgressions for which he was imprisoned in New York City, there could have been blackmail involved.

"I think it's entirely possible. He was a freak," she said.

The ex-Atlanta prosecutor said the apartment, near Central Park, was likely the location of multiple obscene encounters.

"What do you think he was doing with all those video cameras? He had wealthy, powerful people in day and night," she said. "Of course he was videoing them having sex."

However, Grace also told host Jesse Watters that she normally does not believe in conspiracy theories, of which Epstein has been subject to several.

"Everyone thought there was an O.J. [Simpson] conspiracy -- that the cops framed him," she said, adding that she does not believe that to be true, in part because the supposed corrupt law enforcement officers could not likely stay silent about such a conspiracy in the more-than-two-decades since the disgraced NFL running back's iconic court case.