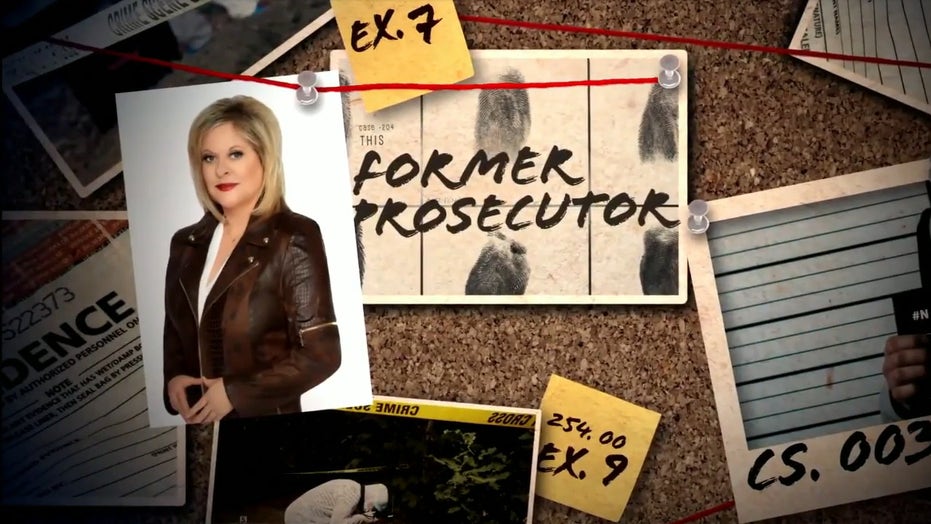 Longtime legal analyst, former prosecutor and new Fox Nation host Nancy Grace opened up in a new interview about the personal tragedy that changed the trajectory of her life and informs her approach to crimes, their victims and the victim's families.

At 19 years old, Grace was an English major at Mercer University in Macon, Ga.  She was engaged to 23-year-old, Keith Griffin.  But just months from their wedding day, Griffin was gunned down by a disgruntled co-worker, who’d been fired from the construction site where both men worked.

"If it wasn't for Keith's life and passing on, I wouldn't have been prosecuting cases. I wouldn't be looking at cases at all," Grace told Fox News in an exclusive interview ahead of the launch of her new show, "Crime Stories with Nancy Grace" on Monday, March 9.

"I was in the university to become a Shakespearean literature professor," said Grace, "That was my goal. That was my dream. And that was what made me happy. And when he was murdered, that changed everything for me.

"I wanted to do something. I didn't know what. I didn't know how," she remembered, speaking to Fox News on the phone from the front seat of her self-described "old beat-up minivan."

"I grew up on a red-dirt road in middle Georgia in unincorporated Bibb County. ... My grandfather dug our well in the back yard. But I did not know what I could do."

Eventually, Grace found her calling and life's passion. "I ended up going to law school with one aim, and that was to become a felony prosecutor and somehow put a Band-Aid on these families that were suffering."

After a decade as a Fulton County, Ga. prosecutor, Grace was struck by the realization that her work prosecuting criminals satisfied, if only briefly, her longing for justice.

"I thought I was helping these families, but I was actually putting a Band-Aid on me," she said, reflecting on her career, "because in every case, for that moment, I felt better, and then I got the next case."

Fox Nation's "Crime Stories with Nancy Grace" is set to debut with her investigation into an unsolved murder that resonated deeply with the veteran prosecutor.

Chuckie Mauk was 13 years old when he was shot to death while riding his bike in Warner Robins, Ga. in 1986.

It is a tragic mystery that many Americans have never heard about.  In fact, Grace was unaware of the cold case, until her brother had a chance encounter with Chuckie's mother, Cathy Miller.

"It was a miracle that I found out about it," Grace told Fox News. "My older brother Mac for many, many years was a sales rep for Johnson & Johnson, and he happened to visit a doctor's office and one of the nurses came up and took him by the arm and said, 'Is your sister Nancy Grace?' And he said, 'Yes.' And she said, 'My son was murdered. The case has never been solved. Do you think she would help me?"

Grace got in touch with Miller and began looking into the murder.

"The moment I spoke to her, I was just floored at the sadness in her voice and how she has really suffered since Chuckie was murdered," recalled Grace. "I want to help her so badly. And I'm hopeful that now working with Fox Nation, the facts will be publicized and there may be justice in the case."

In a video posted to Grace's Instagram account, Miller made a plea to anyone with information connected to her son's decades' old murder to come forward.

"There are so many new cases out there that are unsolved," Grace told Fox News. "And behind every case there is a mom like Cathy, a family, a husband, son or daughter, just wondering what happened. Where's my mom, dad, sister, daughter? Where are they? What happened? Who did this? And many of these people never get an answer."