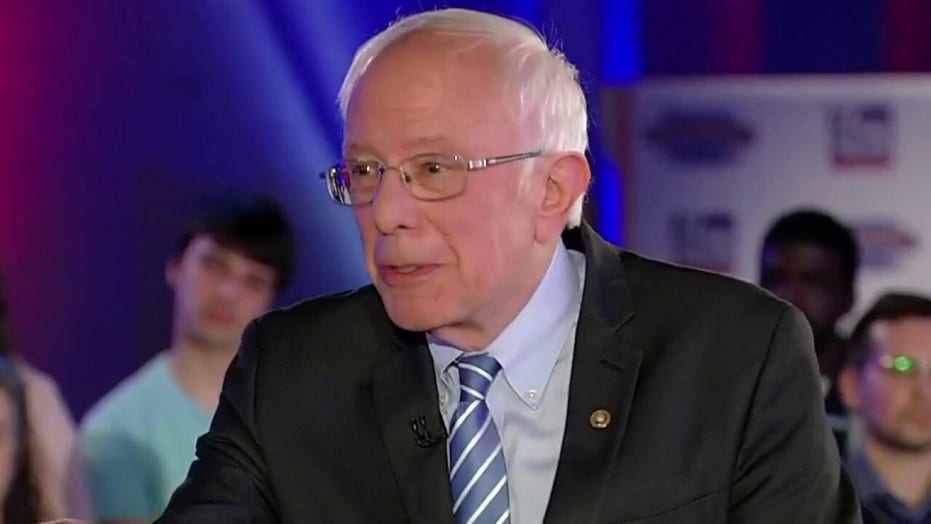 2020 hopeful Bernie Sanders discusses response to coronavirus outbreak, his tax plan, attacks from Hillary Clinton and claims that the Democratic presidential primary is 'rigged' against him with moderators Bret Baier and Martha MacCallum in Dearborn, Michigan.

MSNBC anchor Katy Tur added to the media's pile-on of Sen. Bernie Sanders, I-Vt., over his repeated attacks against "the establishment."

Ahead of Tuesday's crucial primary in Michigan, Tur and Politico reporter Tim Alberta weighed the comparisons and differences between Sanders' battle against former Vice President Joe Biden, who currently leads the senator in the polls, versus his surprise victory over former Secretary of State Hillary Clinton.

However, Tur then pivoted to Sanders' rhetoric following his defeat against Biden in South Carolina.

"You know, he can try,” Alberta responded, “but I think fewer and fewer people are going to buy it, quite frankly."

CNN and MSNBC have been slamming the 2020 candidate in recent days for his repeated attacks on what he describes as the "corporate establishment" that he says is backing the Biden campaign. Some are even suggesting that Sanders' attacks on the "establishment" is also an attack on African-American voters, who overwhelmingly supported Biden in the South Carolina primary as well as the Super Tuesday contests this week.

Sanders quickly rejected the media's criticisms in a statement obtained by Fox News.

Multiple MSNBC personalities went after the progressive front-runner, rejecting that the "establishment" exists.

"Bernie Sanders ... he has turned this idea of the establishment -- he's weaponized it against Biden," MSNBC anchor Nicolle Wallace said during the network's Super Tuesday coverage. "The Democratic establishment did nothing for Joe Biden and they would have left him as roadkill if he bombed on Saturday night.

"African-American voters every age, male and female of South Carolina and Jim Clyburn are the reason Joe Biden is hoping and sources I've talked to said they're feeling really, really good and that they're cautiously optimistic. One reason that they're feeling really, really good -- it has nothing to do with the Democratic establishment. It's African-American voters in South Carolina."

Colleague Rachel Maddow said: "But every headline in all political coverage all around the country is like, 'The establishment is coalescing the establishment.'" 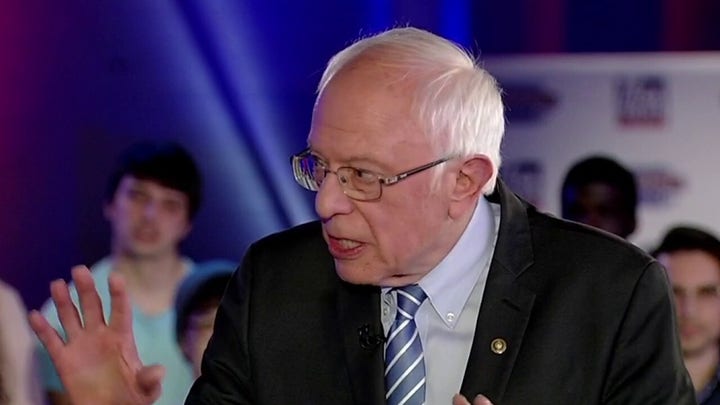 "But it's a lie. I mean, it's a lie," Wallace said. "Listen, and I say this as a dispassionate former Republican who watched my party sort of implode around fake truths and false grievances, the establishment had nothing to do with Joe Biden's victory. He's flat broke, he has not a single ad on the air. He's not advertising in any Super Tuesday states!"

"Morning Joe" co-host Joe Scarbrough accused Sanders, who he noted is a "millionaire" who owns three homes, of "attacking a black voter in Orangeburg, South Carolina" as being part of the "establishment."