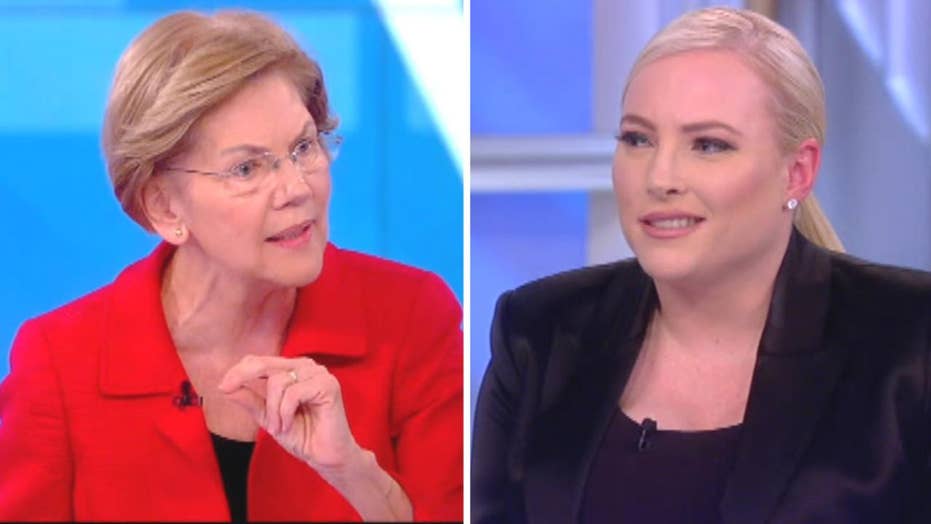 MSNBC star Joe Scarborough defended "The View" co-host Meghan McCain and slammed The New York Times over an "embarrassing" op-ed that declared that the ABC daytime show had a "Meghan McCain problem."

The Times cultural writer Shamira Ibrahim wrote a scathing piece on Thursday slamming the outspoken conservative host of the "The View," but began by dismissing the need for "civility."

"The daytime co-hosts’ heated bipartisan debates are played down as disagreement among friends. But the strain for 'civility' is tiring." Ibrahim wrote. "Since Ms. McCain joined as a co-host on 'The View' in October of 2017, she’s become its most polarizing and predictable figure, the common denominator in the show’s most contentious round tables as of late. In the early days of her arrival, the conservative commentator’s on-air spats made for fun TV. Now, it’s just exhausting."

She further complained, "For some viewers, Ms. McCain is the privileged product of conservative nepotism, capitalism and the American military-industrial complex. That coalescence naturally renders her a villain to progressives, who envision her as the cathartic personification of a punching bag on social media. Conversely, each pile-on reinforces her base with a narrative of the long-suffering victim of censorship."

'THE VIEW' IS 'A BIG MESS' AND ABC NEWS 'THE MOST VICIOUS SWAMP IN THE BUSINESS,' SOURCES SAY

Ibrahim closed her piece by echoing "View" veteran Barbara Walters, who would always end the show by telling her audience to "take a little time to enjoy the view."

"The problem is, with Ms. McCain still on the show, there’s not much to enjoy," Ibrahim said.

McCain fired back at the Times piece, accusing the paper of "despising" conservative women.

"@nytimes - everyone already knows how much you despise red state, pro life, pro #2A conservative women, and wish we would all just go away," McCain tweeted. "If the @nytimes wants to understand the country, maybe they should try having one woman in the room who doesn't accept their groupthink on guns, abortion, and religion. Apparently that's too much for them.

While McCain received support from many on social media, her biggest defender was actually the "Morning Joe" co-host.

"What an embarrassing example of how the Left is becoming even more insular by the day. That is saying a lot," Scarborough began. "The Left owns most of American popular culture. And yet the existence of one moderately conservative woman poses a threat to civil discourse. Good Lord. What a joke."

The MSNBC host then invoked McCain's father, the late-Sen. John McCain, R-Ariz., who in his final years was glorified by the media for his outspoken criticism of President Trump.

"The Left kissed up to John McCain every time he spoke truth to Trump but can’t handle his daughter speaking her own mind when it doesn’t fit neatly into a progressive world view? Open your mind," Scarborough added.