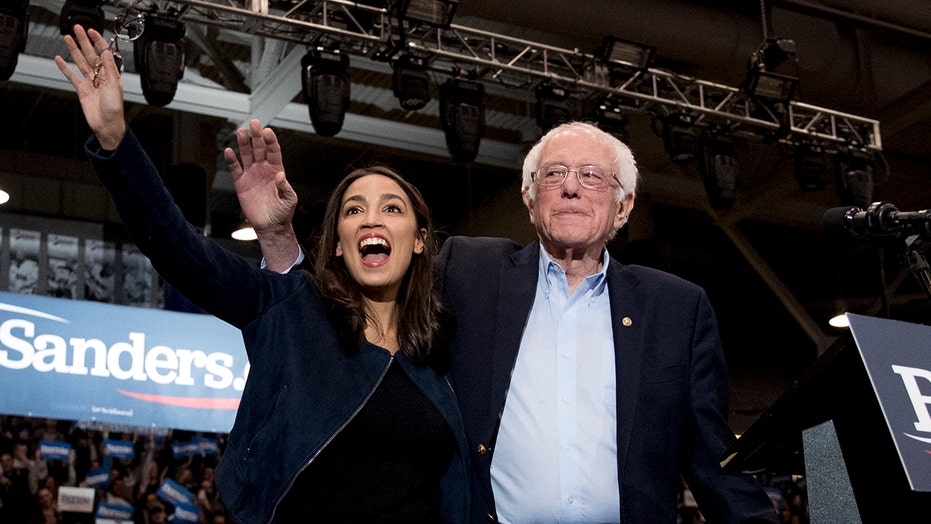 On Monday, "#FireChuckTodd" dominated Twitter after he read an excerpt from a column slamming the fiery online presence of Sanders voters when discussing the progressive frontrunner's recent surge in the polls.

"I want to bring up something that Jonathan Last put in The Bulwark today," Todd began. "Here's what he says: 'No other candidate has anything like this digital brownshirt brigade. I mean, except for Donald Trump. The question that no one is asking is this; what if you can't win the presidency without an online mob? What if we now live in a world having a bullying, agro-social media running around, hobbling everyone who sticks their head up is either an important ingredient for or a critical marker of success?'"

That sparked major backlash on social media, most notably from the Sanders campaign.

"'Digital brown shirt brigade.' That's how our Jewish candidate's supporters are being described on the MSM. The contempt shown for ordinary people is really something," Sanders' national press secretary Briahna Gray tweeted.

Tom Elliott, founder and news editor of Grabien, a media company, told Fox News that because Todd is "one of NBC's ostensibly straight news guys," the "Meet The Press" moderator has to be more crafty in order to express is own opinions.

Elliott referenced commentary Todd make in December, where he read a letter to the editor of a Kentucky newspaper from January 2019, something Todd thought was a "fascinating attempt" to explain why so many Americans support President Trump.

The letter read, "[W]hy do people support Trump? It's because people have been trained from childhood to believe in fairy tales... This set their minds up to accept things that make them feel good... The more fairy tales and lies he tells the better they feel... Show me a person who believes in Noah's ark and I will show you a Trump voter."

Similarly to the commentary Todd echoed about Sanders supporters, the liberal anchor was blasted by the Trump campaign for insulting Trump supporters.

"If Chuck Todd's wondering why Trump voters don't trust the mainstream media, one reason might be they don't like supposedly impartial reporters insinuating the real reason they support the President is because they 'want to be lied to' and comparing the Bible to 'fairy tales,'" Trump campaign deputy director of communications Zach Parkinson wrote.

Dan Gainor, of the conservative nonprofit Media Research Center, declared that Todd "is the personification of media bias" and took notice how the MSNBC anchor knocked Trump supporters while he was insulting Sanders supporters when he said, 'No other candidate has anything like this sort of digital brownshirt brigade, I mean, except for Donald Trump.'"

"So he thinks we believe in fairy tales like the Bible and we are brownshirts or Nazis? I'd get furious about this except he's not an outlier. This is how the major media look at the right and have for years," Gainor told Fox News.