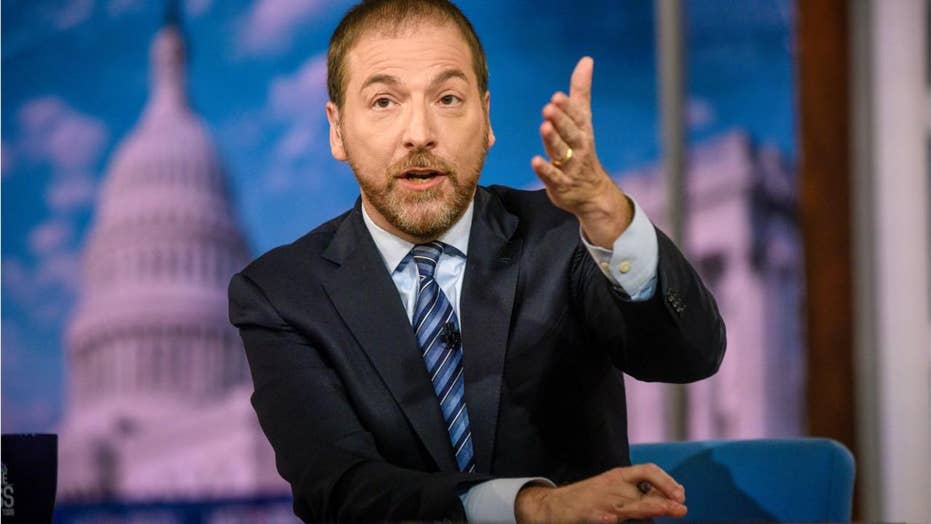 MSNBC anchor Chuck Todd is facing criticism over a recent interview in which he confused author Toni Morrison and poet Maya Angelou.

In an interview with Rolling Stone, Todd spoke about the spread of "disinformation" and was asked if he was "surprised" by the Trump administration's willingness to "spread disinformation."

"I fully admit, listening to you ask that question now, and me giving you the honest answer of, yeah, I guess I really believed they wouldn’t do this. Just so absurdly naive in hindsight," Todd responded. "Donald Trump’s entire life has been spent using misinformation. His entire life. I’ve spent years studying him now on trying to figure out how did this guy even learn politics? Where did he learn?"

He continued, "And the more you learn, you realize he learned at the feet of a master of deception in Roy Cohn, who learned at the feet of the original master of deception of sort of the modern political era in Joe McCarthy. So I mean, look, if people want to read my answer to your question, 'Boy, that Chuck Todd was hopelessly naive.' Yeah, it looks pretty naive. I think we all made the mistake of not following Toni Morrison’s advice, which is when people tell you who they are, believe them."

On Wednesday, critics slammed the newsman on social media for confusing the two late literary icons -- both black women.

"I am profoundly offended that Chuck Todd thinks Toni Morrison is Maya Angelou. Man, what is wrong with you?" LA Times critic-at-large Rebecca Carroll reacted.

"Come for lesson on how the media needs to have a 'reckoning' with its complicity in making Trump possible from the guy *who literally let him phone in interviews to Meet The Press,* stay for him casually misidentifying Maya Angelou as Toni Morrison. @chucktodd is a clown," Brooklyn Institute associate faculty member Patrick Blanchfield tweeted.