Arkansas State Sen. Missy Irvin on Tuesday blasted the House Democrats' impeachment “sham,” filing a resolution with her fellow state Senate Republicans that urges Congress to speed up the process.

“We hear every single day from our constituents that they are tired and they are frustrated with what is happening at the federal level with the impeachment sham and the process that is occurring,” Irvin told “Fox & Friends," explaining her reason for trying to get federal legislators' attention.

Irvin released a statement condemning members of the House of Representatives who approved articles of impeachment against President Trump.

“On behalf of my entire Republican Senate Caucus, I filed this resolution today to encourage the United States Senate to act as quickly as possible within their full constitutional authority regarding the impeachment process and to condemn the actions of some members of the House of Representatives for passing and holding articles of impeachment against President Donald J. Trump." 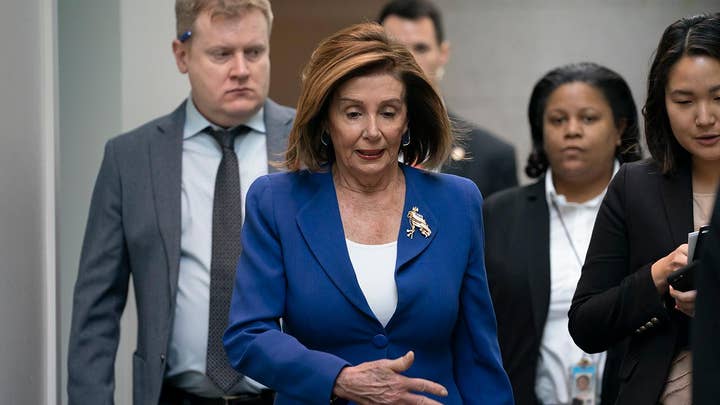 The resolution is scheduled for review at the January 17 meeting of the Legislative Council.

Irvin asserted that the resolution would condemn the actions of “some” of the House of Representatives for previously holding the articles of impeachment, causing a weekslong delay in the process.

“They’re just playing games. It’s a high-stakes game of chicken that they’re playing and they’re doing irreparable harm to, I believe, the office of the presidency, to our Constitution, and to our country.”

Irvin called it "embarrassing" and argued that Americans across the country are "paying the price" because important problems are not being addressed.

Senate Majority Leader Mitch McConnell, R-Ky., on Monday tore into House Speaker Nancy Pelosi, D-Calif., just days after the speaker backed down from her refusal to send the articles of impeachment against President Trump to the Senate, calling Pelosi’s delay a “strange gambit” that “produced absolutely nothing.”

During a speech on the Senate floor, McConnell chastised Pelosi for ending what he called “her one-woman blockade” and questioned her strategy for holding off sending the articles to the Senate.