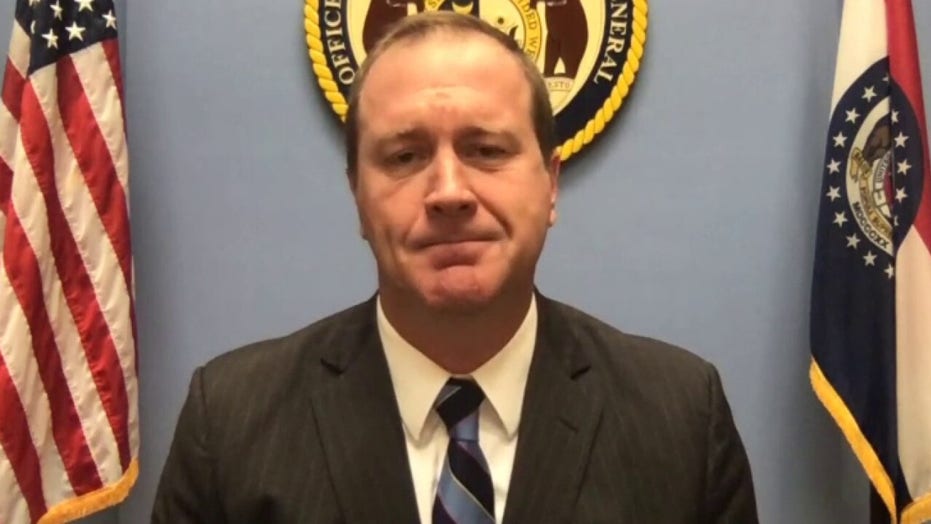 At least 7 class action lawsuits have been filed in the U.S. federal court against China related to the coronavirus; Missouri Attorney General Eric Schmitt weighs in on ‘America’s Newsroom.’

Missouri Attorney General Eric Schmitt joined "Tucker Carlson Tonight" Tuesday after his state became the first to file a lawsuit against China, accusing the Beijing government of being liable for the severity of the coronavirus pandemic and seeking damages to compensate for "the enormous loss of life, human suffering, and economic turmoil" resulting from the outbreak.

"They [China] are responsible for this and the responsibility lies directly at their feet," Schmitt explained. "I felt it's incumbent upon me as the state's chief legal officer to prosecute that case to the Chinese government."

The suit in the Eastern District of Missouri follows at least seven federal class-action suits that have been filed by private groups. One lawsuit filed in Florida states that China knew "COVID-19 was dangerous and capable of causing a pandemic, yet slowly acted, proverbially put their head in the sand, and/or covered it up in their own economic self-interest."

"The responsibility lies directly at their feet."

"It's become clear in recent weeks, the deception and misrepresentation, the concealment of the Chinese government and the origins of this vicious virus, that has impacted the entire globe," Schmitt said. "The fact is the Chinese government misrepresented that they were aware of the human-to-human contact and transmission early on ... they punished and concealed the evidence from whistle-blowers and the impact has been devastating."

State officials told Fox News earlier Tuesday that outside of the health consequences of the coronavirus -- Missouri has confirmed 5,963 cases of the virus and 215 deaths as of Tuesday evening -- the economic shutdown the state imposed to reduce the spread of the disease has cost Missouri about $44 billion, according to one estimate.

"People not being allowed to see folks in nursing homes or [attend] funerals, people living paycheck to paycheck and have lost their jobs -- it's enormous," Schmitt said of the pandemic's impact.

Schmitt said that in addition to extracting as large a financial judgment out of China as it can, Missouri is looking to hold the Chinese government officially accountable for its alleged actions to exacerbate the coronavirus pandemic and potentially bring further facts about how the Chinese government handled the virus, and about the virus' origin, to light.

"We feel very confident in the case," he said. "We brought forth claims of a public nuisance ... the hoarding of PPE [personal protective equipment] is one of our allegations ... the fact that they were running the virology lab, they were running hospital systems..." he went on.

Schmitt said he "looks forward" to receiving a response from the Chinese government.

"This is about holding those responsible for this worldwide pandemic, holding them accountable," he reiterated. "We look forward to them answering the complaint, it's been very specific. The factual allegations, as far as the timeline and representations and also our legal claims, we feel are very merited."