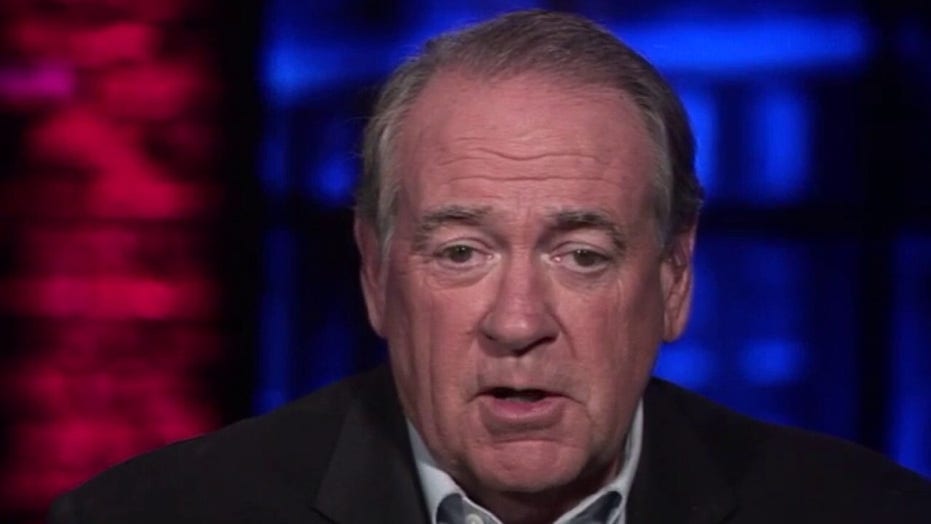 "His staff put it on him to keep him from saying something that they would spend the next three days walking back," Huckabee said.

CNN'S DANA BASH RIDICULED FOR JOE BIDEN INTERVIEW: 'SO MUCH FOR JOURNALISM'

On Wednesday, Biden's campaign denied that the former vice president had confused the date of the D-Day invasion of northern Europe in World War II with the date of Pearl Harbor Day during a livestreamed fundraiser with Pennsylvania Gov. Tom Wolf.

"Joe's in trouble," Huckabee told host Sean Hannity. "He's in trouble because he cannot put a sentence together. And one of these days, he's going to have to stand on the stage with President Trump and the president's going to make sausage out of him.

"It's going to be a very ugly sight to say the least."

Huckabee also weighed in on the president's ongoing battle with Twitter after the social media platform "fact checked" Trump's tweets about mail-in voting.

"You can either be a platform, meaning you're a common carrier like the telephone company. You provide the lines. You don't get to referee the conversation two people have. That's one model. That's what they claim they are but they're not," Huckabee said.

"They're a publisher and what they are doing is they're refereeing the content and they're deciding who wins, who loses. And they need to stand for the liability of that. And, you know, they've become a monopoly. They're not just a social media platform. They're not different than when the government busted up AT&T or when the major utilities were busted up ."

"I'm proud of the president," Huckabee added. "Thank goodness he had some guts and he did what he did. I've been waiting on it for a long time."