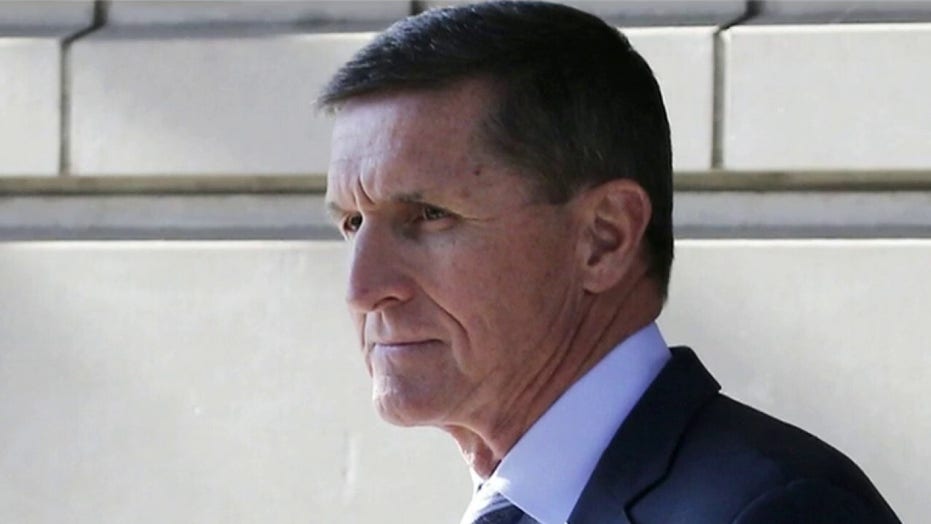 McFarland: It's a great day for the Republic

"It's about time," McFarland told "Bill Hemmer Reports". "My assumption is that the Justice Department has determined that there are an awful lot of more incriminating documents that are going to come out about the people who were at the very top of the Justice Department and the FBI and potentially even in other intelligence agencies or even in the Obama White House who were involved in this."

The department said in a court filing that it was moving to dismiss the case against Flynn "after a considered review of all the facts and circumstances of this case, including newly discovered and disclosed information."

The federal judge overseeing the case would have to make the final determination about whether to dismiss.

"The FBI treated me the same way they did Flynn, showing up unannounced, suggesting I didn't need a lawyer," McFarland said. "And yet the whole time [they were] setting him up and setting me up for perjury traps where they trick you into making a tiny little mistake in your statement."

McFarland added that the DOJ's action in the Flynn case proves the FBI's Russia investigation "was all a scam from the very beginning."

"When I was with General Flynn and and President-elect Trump and met with the intelligence directors on January 6th at Trump Tower, which was when Comey first told the president-elect about the Steele dossier," McFarland said. "They knew at the time that it was Russian disinformation. They knew it was a fake thing but they seized on it as an excuse to investigate Flynn and Trump and a number of other people and their plan all along, as I certainly experienced it personally, was to try to trick people into committing some crime or something that they could claim was perjury and then try to force you to turn on others.

"In the end, I didn't break," MacFarland said. "I'm very proud of the fact that I didn't, but I wasn't threatened with blackmail like Flynn was."