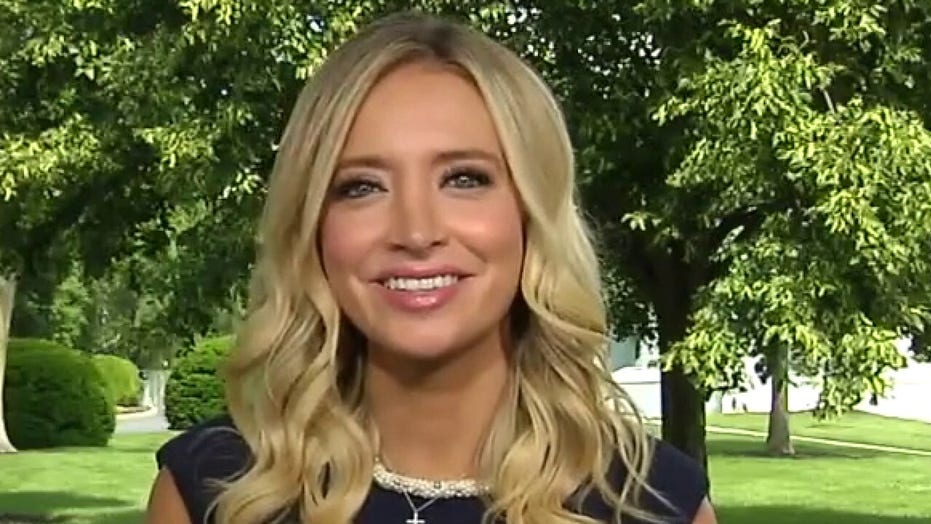 McEnany: Trump deeply cares about police reform, doing everything in his federal power

"There has been one action taken on this. And who has taken that action? President Trump with this executive order," McEnany told "Bill Hemmer Reports."

WHAT TO KNOW ABOUT TRUMP'S EXECUTIVE ORDER ON POLICING

Trump's order establishes a database that tracks police officers with excessive use of force complaints in their records and gives police departments a financial incentive to adopt best practices and encourage co-responder programs, in which social workers join officers when they respond to nonviolent calls involving mental health, addiction and homeless issues.

Host Bill Hemmer asked McEnany about a tweet posted by Biden Monday in which the former vice president said, "Race-neutral policies are not a sufficient response to race-based disparities. We need to tackle systemic racism head-on and ensure everyone has a fair shot at the American dream."

"What was addressed was use-of-force," McEnany said when Hemmer asked her to respond to Biden's tweet. "We want all Americans to be handled in an equal, fair manner [by law enforcement].

"The president made that very clear that we're all made in the image of God and there should be no racism in our policing system, our economic system, nor our schooling system. He has made that clear."

Pelosi, for her part, described Trump's executive order "weak" and said it will not properly quell the "epidemic of racial injustice and police brutality that is murdering hundreds of black Americans."

"The president has said he doesn't want chokeholds unless there is the use of deadly force [by a suspect]. That's one concrete example. Also ensuring that there are co-responders -- if someone is dealing with mental health or addiction or a drug abuse situation -- that co-responders who are trained in mental health accompanies the department. I think this goes a long way in helping to resolve some of the issues of injustices we see across the country."