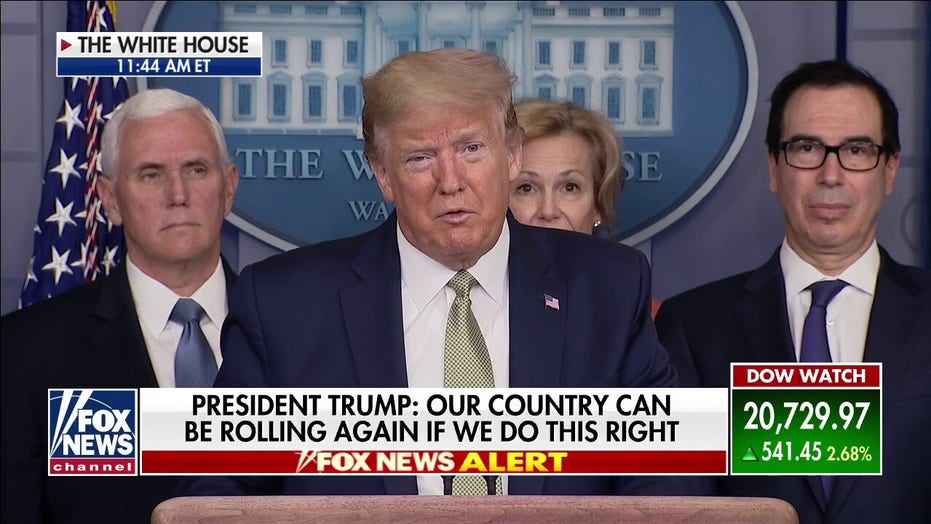 Trump: We are taking 'aggressive action' as one nation, one family

"You're having Bill de Blasio going to the gym at the same time that New York gyms are being shut down," McCain said.

De Blasio received widespread backlash after he appeared at a gym on Monday morning. The state's governor had ordered all gyms to close by 8:00 p.m. EST that day.

“There’s something wrong in the world where this kind of very small matter gets blown up like that by people, you know, who live in a world of public relations," de Blasio reportedly said of his visit. “I don’t live in that world. I live in the regular world.”

"Yeah, de Blasio," McCain said, "I live in the real world too and it looks pretty scary right now so maybe lead by example."

On Twitter, she called de Blasio a "national disgrace" for his gym visit. "What an absolute joke - completely selfish actions during this time of crisis. He SHAMES our city!!"

She went on to say she was "furious" with baby boomers and millennials who had the "hubris" to ignore advice about the coronavirus.

HEMMER PRESSES DE BLASIO: WHY ALLOW CORONAVIRUS PATIENT TO RECOVER AT HOME 'IN A CITY OF 8 MILLION PEOPLE?'

"I'm technically a millennial but I don't relate to this generation at all right now," she said.

McCain also called out the woman who was seen in a video licking an airport toilet seat and separate viral images of a crowded Florida beach Monday.