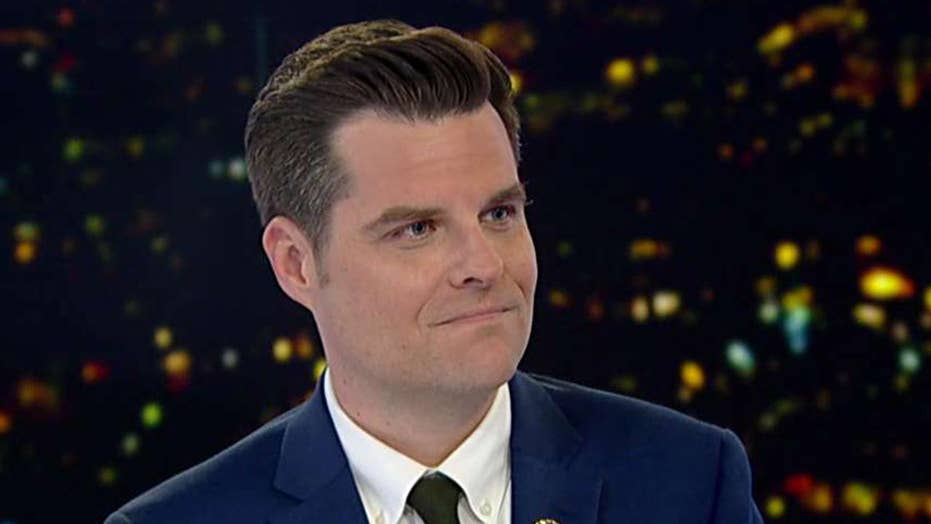 Gaetz: I don't see a winner in the 2020 Democratic field

Democratic presidential candidate Sen. Bernie Sanders, I-Vt., is gaining in the primary election polls because the socialist wing of the party is feeling energized, according to Florida Republican Congressman Matt Gaetz.

Gaetz told Gregg Jarrett on "Hannity" Monday that Sanders -- now second behind former Vice President Joe Biden in the latest national surveys -- is part of the vanguard of the "Venezuelan" contingent of the party.

"I think that Bernie Sanders' ascension in the polls is a sign the Venezuela wing of the Democratic Party is showing a little life here," he said. "You've got Joe Biden just as the blundering gaffe-machine that he is, you've got kind of the 'Weekend at Bernie Sanders' campaign where he's trudging along but gaining momentum and then Elizabeth Warren who has had her ebbs and flows -- I don't see a winner in the field yet."

Gaetz also joked that Warren's recent decline in fundraising can be chalked up to her campaign "not wanting to pay her [proposed] wealth tax." 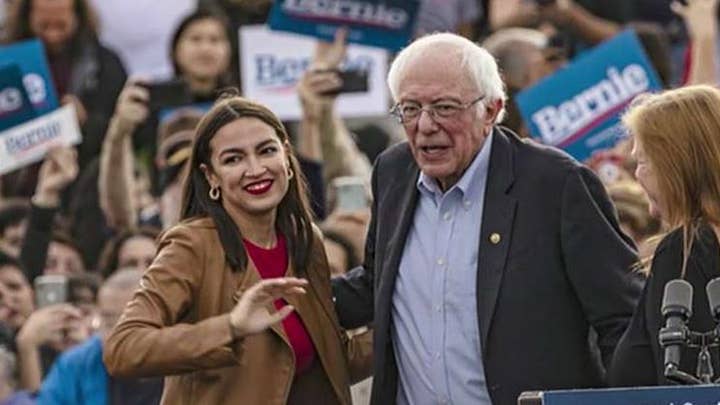 Sanders, a self-described "democratic socialist" has voiced support for left-wing policies such as Medicare-for-all and massive climate change legislation.

Venezuela, once a prosperous nation thanks in part to its oil reserves, has seen an economic collapse since the turn of the century under socialist leaders Hugo Chavez and Nicolas Maduro.

Later on "Hannity," House Freedom Caucus Chairman Andy Biggs, R-Ariz., agreed with Gaetz's moniker, remarking the "Venezuelan side of the Democratic Party" has been the most fervent supporters of impeaching President Trump.

"She had to cut a deal to become Speaker because it was such a close race," Biggs said of House Speaker Nancy Pelosi, D-Calif.

"The reality is, [impeachment] has been a huge mistake for Democrats. They have nothing," he said, adding that Democratic far-left will be a key reason for Trump's potential reelection victory.

With a little more than a month to go before the first two nominating contests in Iowa and New Hampshire, Sanders is ticking back up in the polls, leading the race for campaign cash by some distance and proving to have a political staying power that has eluded other big names in the crowded 2020 primary battle.