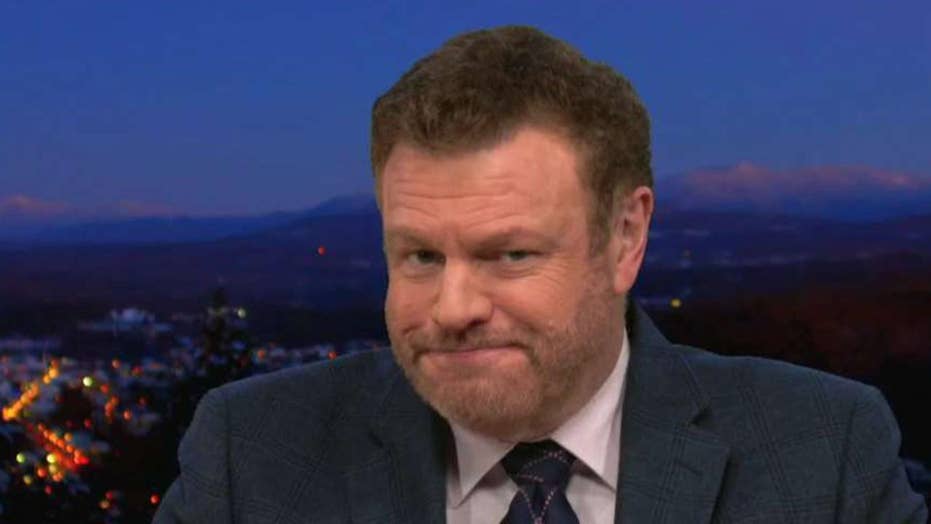 Author and commentator Mark Steyn joked Monday that an MSNBC host's theories about President Trump potentially refusing to leave office at the end of his term shows she and others are concerned he may try to steal the 2024 election.

Over the weekend, network host Joy-Ann Reid asked her guests about Trump's sarcastic public remarks about having a third term, and whether there is actually any truth to them.

"What happens if Donald Trump ... just says, 'If I leave this office I might get prosecuted in New York. I'm not leaving'," Reid asked, later adding that "dictatorships happen all over the world when the person who jokes about not leaving doesn't leave."

Steyn told "Tucker Carlson Tonight" that those comments and another discussion during the MSNBC program show the left has effectively skipped from accusing Trump of "stealing" the 2016 election to undermining the election to replace him, should the president serve two terms.

"Joy Reid has finally figured it out," Steyn remarked. "While the Democrats have been distracted investigating Trump for stealing the 2016 election, he has already stolen the 2024 election. That is how smart he is."

In the other example presented by Carlson, Reid led a discussion about what would happen in the event of altered election results in a deep blue state, like Vermont, in 2020.

"Everyone knows that is not possible," Reid said. "But somehow because we have outside influences that get involved in the election, that is the way that he claims that he won the election. What can the public do about it if they believe that the election was not legitimate?"

In response, Steyn told Carlson the example reminded him of the Medieval "ducking stool."

"These guys have already baked in the fact that he is going to win again and then they're already lost in paranoid fevers of him staying in power."