Sen. Marco Rubio, R-Fla., criticized the Biden administration for focusing on 'woke' military initiatives and calls for a reallocation of resources.

Florida Sen. Marco Rubio sounded off on the Biden administration's move to prioritize "woke" policies in the military, which he argues are the cause of decreased recruitment. On "Fox & Friends" Thursday, called for resources to be properly reallocated to more pressing issues like China's threats.

THERE ARE CONSEQUENCES TO HAVING ‘WOKE NONSENSE’ IN OUR MILITARY: RETIRED ARMY COLONEL

MARCO RUBIO: Remember that our civilian leaders in the Pentagon have spent the last two years focused very seriously on the proper use of pronouns and ensuring that we host the right number of drag queen shows at different military bases around the world. And kicking out the unvaccinated. And now, the recruitment numbers are down because a lot of the working class families who are the backbone of our recruitment efforts, these are the people who for decades sent their sons and daughters to defend our country. They're not interested in joining some woke social experiment organization. So it's very sad. I hope it's a wake-up call that we begin to reallocate resources and attention to the right things and to our military capabilities in the Pacific. 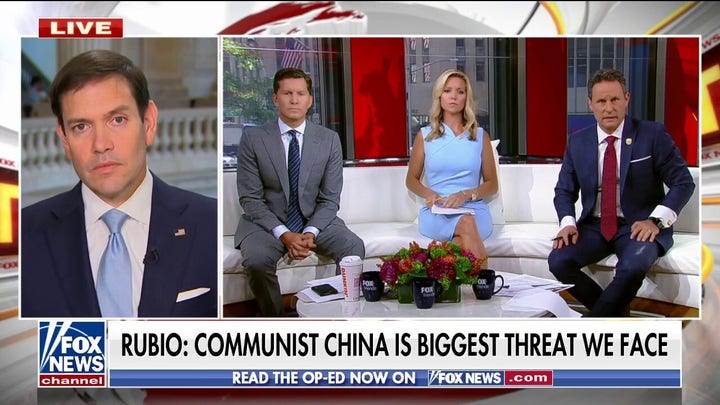