The Iranian regime was happy with what was shown on the debate stage, Fox News’ contributor Marc Thiessen said on Wednesday, blasting Democrats for giving the Iranians “everything they want” when it comes to foreign policy.

“The clear winner of last night’s foreign policy debate was the Islamic Republic of Iran because, if you look at the debate and what the candidates were saying, it gives Iran everything they want,” Thiessen told “America’s Newsroom.”

Tuesday's debate was the final chance voters will get to see all the top Democratic candidates on the same stage before the pivotal Iowa caucuses, which can make or break presidential primary campaigns.

Thiessen said not one candidate credited President Trump for taking out top Iranian Gen. Qassem Soleimani, who was designated a terrorist since 2005. 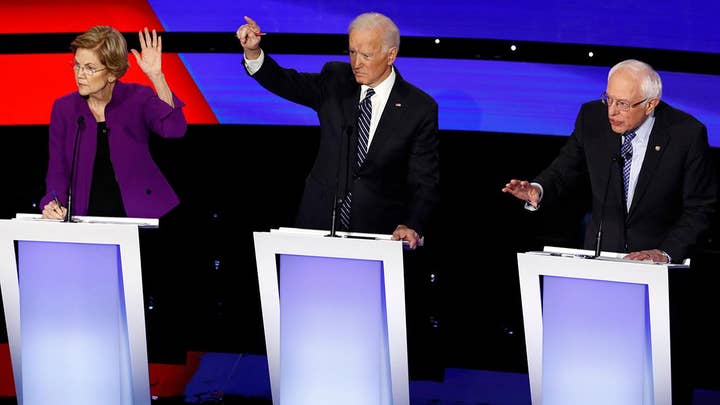 Thiessen went on to underscore that the 2020 Democratic presidential hopefuls vowed to abolish policies and their foreign policy goals would please the Iranian regime.

“Every single Democrat except for [former Vice President Joe] Biden said that they want to pull all U.S. troops out of the Middle East which is Iran’s overarching strategic goal. Every Democrat said that they want to end the maximum pressure campaign, lift the economic sanctions that Trump has imposed [and] are crippling the Iranian economy,  stopping it from carrying out terrorism around the world and also provoking the largest unrest in Iran since the 1979 revolution," he said.

Thiessen added that the Democrats supporting the congressional push to curb Trump’s use of military force is detrimental.