Appearing on "Tucker Carlson Tonight" with host Tucker Carlson, Malliotakis – who represents parts of Brooklyn and Staten Island – asserted Tuesday that Cuomo's own inquiry with Attorney General Letitia James would not be sufficient to uncover what exactly occurred.

"We're going to undertake an investigation of nursing homes now to make sure they're following the rules," Cuomo told reporters at an April 23 news conference announcing his joint investigation with James. "Nursing homes — they are our top priority; they have been from day one." 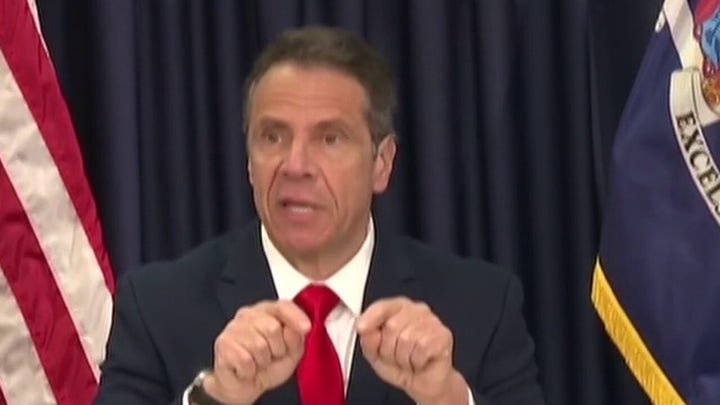 On Sunday, Cuomo announced he was reversing his March order by the state's Health Department which required nursing homes to accept recovering COVID-19 patients.

Just last week, the Empire State reported more than 1,700 previously undisclosed deaths at nursing homes and adult care facilities. According to a tally from The Associated Press, over 5,300 New Yorkers living in nursing homes have perished at the hands of the virus and the toll has been increasing by an average of 20 to 25 deaths a day for the past few weeks.

Going forward, Cuomo announced that nursing home staff will be required to take two diagnostic tests each week to check for the virus and guaranteed tests would be available to those employees. Although facilities are often privately run, the New York Department of Health licenses and sets regulations for the 613 long-term care facilities.

Nursing home directors have reported they've begged the state for more protective equipment and tests as well as help in relocating positive patients, but pleas have gone unanswered. All of this comes as the number of workers who called out sick steadily rose.

"And, I believe that we need to have an independent investigation and we cannot trust the state of New York to do an independent investigation. I know the governor's called on the attorney general to do so, but this is the attorney general that he handpicked in a special election to be the candidate," Malliotakis told Carlson, adding that a federal probe will be the only way to have a fair process.